On May 1, 2014, it was announced that USL was expanding to St. Louis for the 2015 season.  St. Louis Scott Gallagher, a well-renowned St. Louis youth club, was announced as the owner and operator of the new Saint Louis FC.  Both the youth club and the pro team are based at the St. Louis Soccer Park in Fenton, MO, commonly known as "The Park".

Saint Louis FC adopted a logo that has strong ties to the foundation of the city. The fleur-de-lis that acts as the focal point of the logo is a tribute to the French founders of the city, and 1764 is a reference to the year the city was founded.  The five lines behind the fleur-de-lis represent the five core values of the club: Unity, Humility, Passion, Respect, and Tradition.  The fans of St. Louis selected this logo in a public vote shortly after the club was announced. 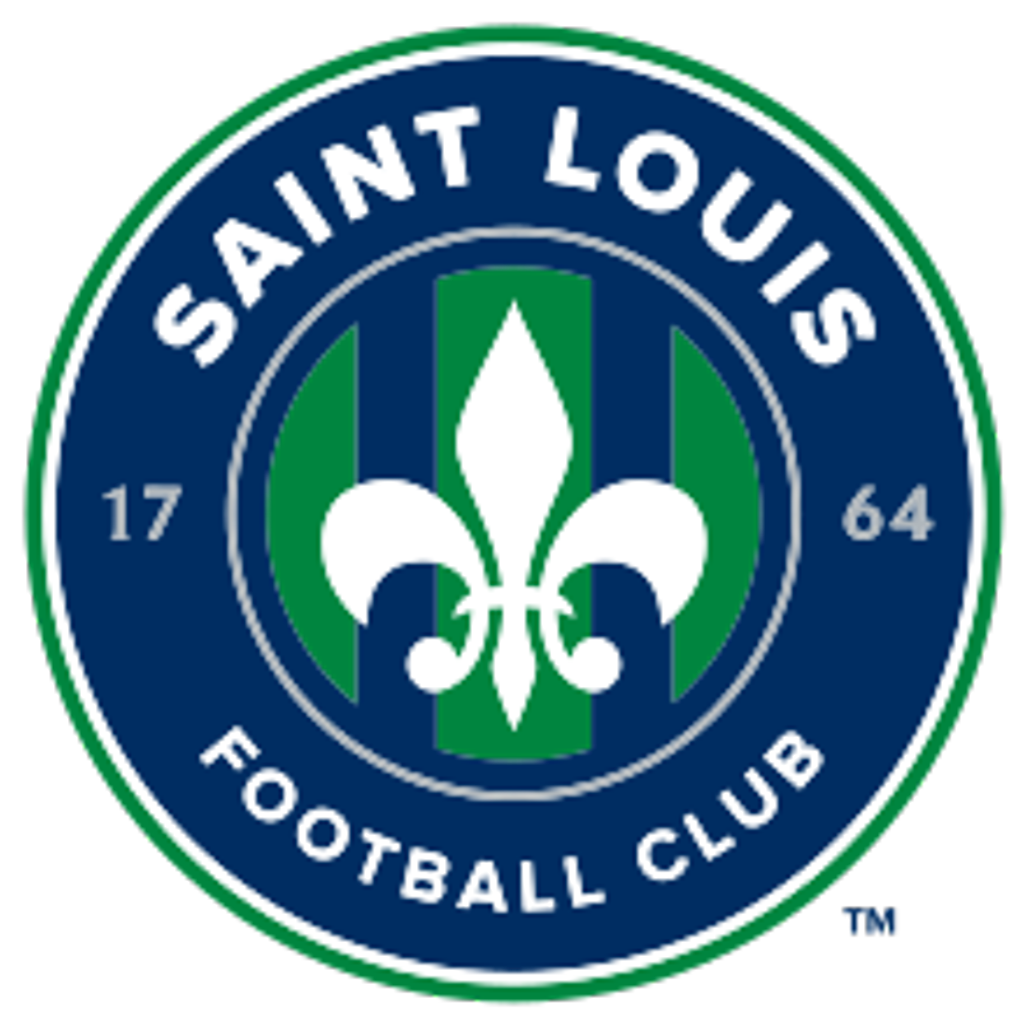 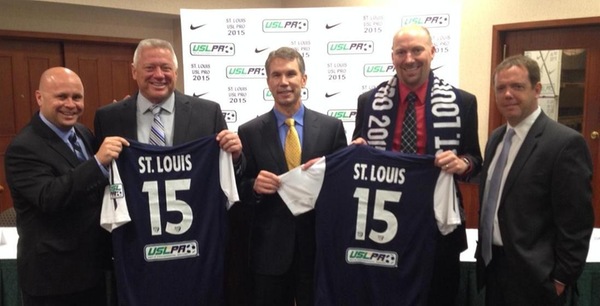 St. Louis features prominently in American soccer history, dating all the way back to the early 1900s. It all began with the founding of the St. Louis Soccer League in 1907. At the time of its inception, the SLSL was the only fully professional league in the country. Until 1914, teams around the country played almost exclusively in local competitions. As a result, the SLSL was relatively unknown outside of the St. Louis area. This changed when St. Leo’s, a SLSL club, tied the Paterson True Blues. The True Blues were the current American Cup champions, an honor bestowed upon the best team on the east coast. This result was the beginning of the St. Louis Soccer League’s rise to national prominence, and ultimately led to the establishment of the National Challenge Cup (now known as the Lamar Hunt US Open Cup), which became the first national soccer competition when St. Louis clubs entered it in 1918. The league performed very well in the competition, with SLSL teams winning 6 titles from 1920 to 1939, and appearing in another 9 finals.

The city’s next major contribution to soccer in the United States is the involvement of St. Louis natives in the famous US victory over England in the 1950 World Cup. Of the 11 men that played for the US that day, 5 of them were born in St. Louis. This included the team’s goalkeeper, Frank Borghi, who was crucial in keeping England off the score sheet.

In 1967, professional soccer returned to the city when the St. Louis Stars were established as a charter member of the National Professional Soccer League. They then joined the North American Soccer League when the NPSL and NASL merged in 1968. The highlight of the Stars’ time in St. Louis was in 1972 when the team won their division before eventually losing to the New York Cosmos in the championship match.

St. Louis also has a long history of professional indoor soccer teams. The first was the Steamers who played in the Major Indoor Soccer League from 1979-1988. Despite never winning a league title, the Steamers were very popular; averaging over 12,000 fans a game for much of their existence. After the Steamers folded in 1988, a new St. Louis based team, the Storm, joined the MISL. The St. Louis Storm began play in 1989, and folded in 1992. That same year, the St. Louis Ambush joined the National Professional Soccer League. The Ambush were easily the most successful of the St. Louis indoor teams, winning the NPSL in 1995, and reaching the final 4 times before eventually disbanding in 2000. Both the Steamers and Ambush have been revived in the last decade, with the Steamers making a comeback between 1998 and 2006, and the Ambush making their comeback in 2013.

Other notable international players with ties to St. Louis are Vedad Ibišević and Dipsy Selolwane. Ibišević was born in Bosnia and Herzegovina, but moved to St. Louis as a teenager, where he spent a year playing for Saint Louis University. Ibišević is currently a member of the Bosnia and Herzegonvina National Team. Selolwane is a native of Botswana that played at Saint Louis University and eventually became a member of the Botswanan National Team.