Behind the Shield: Patrick Schulte

ST. LOUIS, Mo. – Saint Louis FC first-team and U19 Academy goalkeeper Patrick Schulte has been featured in the match day squad for the club’s last four USL Championship games before he has even stepped foot on a collegiate field.  We sat down with Patrick to talk about balancing high school, first-team training, and making a run in the Missouri High School Basketball Championships.

Q: When did you first make one of the Academy teams and what was that feeling as a kid when you made it?

A: I made the Pre-Academy team when I was 11 years-old. The feeling was surreal because everyone wants to be on the top team as a kid and my goal was to make it and play consistently.

Q: You recently have been traveling with the first team and featured in the match day squad for the last few games. What was that experience like?

A: The experience has been great because I got to feel what it was like to travel as a pro and spend a day in the life as one both at home and on the road.

Q: Describe a typical day of first team training, Academy training, going to high school, and having basketball practice. Was it hard to manage or what skills did you learn to balance your time?

A: It all depended on what was going on that day but it usually looked a little like:

It was pretty hard for me at first because I didn’t know what to expect and I didn’t have a routine but after a couple weeks I figured the schedule out.

Q: When did you start playing basketball and soccer?  Did you always gravitate towards both as a kid or was there one you liked more?

A: I started playing both soccer and basketball around 3 years-old and baseball around 5 years-old. I really never had a favorite between them, it was just whichever sport was going on at the time.

Q: Do your parents have any athletic background and push you into playing basketball or soccer?

Q: Do you see any similarities between being a goalkeeper and playing basketball?

A: I do because in each sport you have to read the game. I think that since basketball is at a lot faster pace, it helps me read the game of soccer more efficiently. But then knowing my angles as a goalkeeper and anticipating the play helps me on the defensive end in basketball.

Q: Your high school basketball team, Francis Howell, made Semi-State and finished 4th overall in your class. What was that experience like and did you think at the beginning of the season that you would finish where you did?

A: Making it to the Final Four was an outstanding feeling because it was the first time in school history we had reached the Final Four and the way the community supported us made it 10 times better. I would say yes and no because at the beginning of the year we knew we had a pretty strong group but we also knew that we would have to come together, work hard, and still play really well to reach the Final Four.

Q: With the Academy schedule during the week and weekends, was it hard to miss basketball practice and games or was your basketball coach supportive of your soccer responsibilities?

A: I was very lucky that both my soccer and basketball coaches and teammates didn’t mind me playing both at the same time. It was hard for me because every time I missed a practice, I just felt like I was letting the team down. I’m thankful that everyone supported me and allowed me to play both sports.

Q: You are committed to play soccer at Saint Louis University next year.  Did you have any offers to play basketball anywhere and did you consider any of them?

A: I didn’t have any offers to play college basketball but my basketball coach did have a couple college coaches asking about me.

Patrick was called into the U.S. Men’s National Team U18 Camp in Carson, California in February which served as an opportunity for the players selected to work with U.S. U-18 MNT coach Tab Ramos as he prepares his plans for the upcoming 2019 FIFA U-20 World Cup in Poland.  He has made 11 appearances for the STLFC Academy U-19 team this season and the team is in the hunt to qualify for the Academy Playoffs after playing in 23 games last year between the U-19 and U-17 teams. 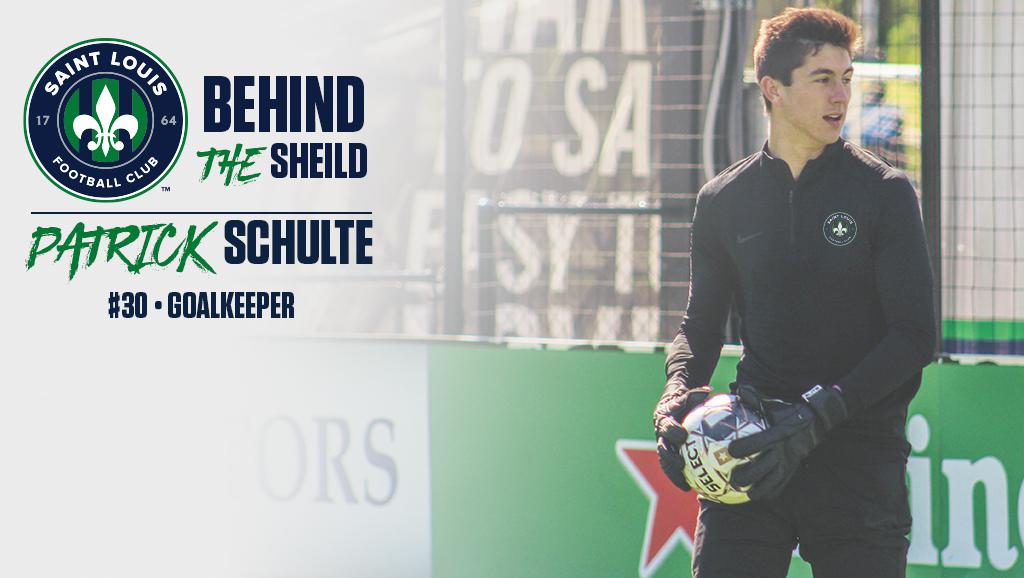