Thomas was born in Las Vegas, Nevada and developed in the Real Salt Lake-Arizona youth system. He played collegiately at Rocky Mountain College where he made 77 appearances and scored 16 goals with ten assists during the 2014-2017 seasons. Thomas would sign with Las Vegas Lights FC, his hometown club, at the start of the 2018 USL season and scored the first goal in franchise history after just two minutes in his debut against Fresno FC. He has made a total of 26 appearances for the club, including five so far during the 2019 season, and scored three goals with two assists during his professional career.

“I’m really pleased we’ve been able to acquire Matt,” said STLFC Head Coach Anthony Pulis. “He’s another young, hungry player with a lot of potential. An exciting left winger who is direct, has good pace and a lovely left foot. His signing gives us another much-needed option in the attacking part of the field.”

“I’m very happy to hop on board with Saint Louis FC,” said Thomas. “I can tell just from today that this is the right place to be. I’m excited and ready to get to work with the guys and give this team everything I’ve got.” 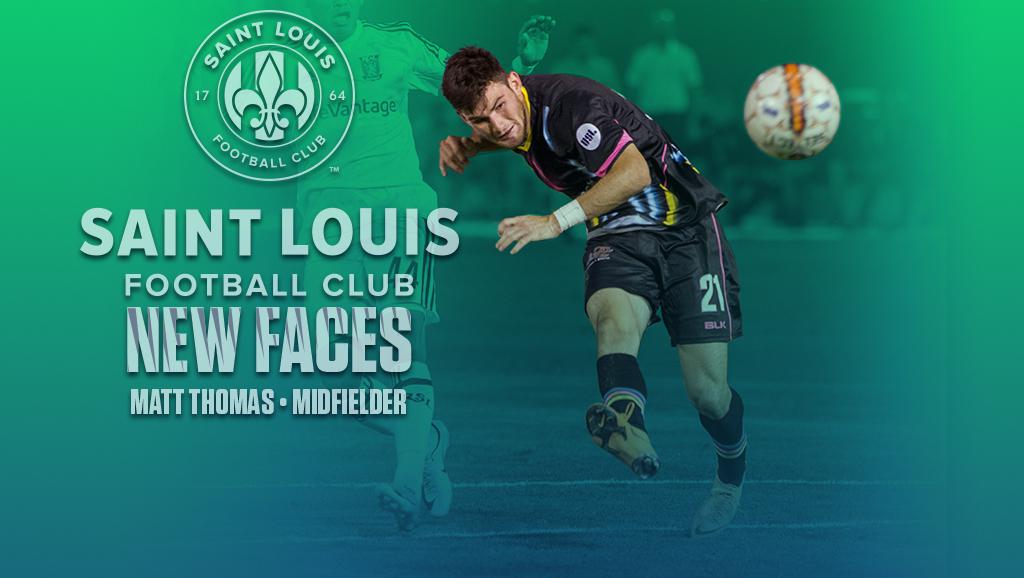