ST. LOUIS, Mo. – U.S. Soccer announced the U.S. U-20 Men’s National Team roster for the upcoming matches against Croatia and United Arab Emirates in preparation for the next cycle of the FIFA U-20 World Cup which sees former STLFC goalkeeper Patrick Schulte named to the 22-man roster.

This is the second time that Schulte has been called for a USMNT camp after being called into the USMNT U-18 camp back in January 2019. He signed a USL Academy contract with the Saint Louis FC first-team last fall and made his first and only appearance in the penalty shoot-out win against Des Moines Menace in the U.S. Open Cup where he saved three of the opposition spot kicks to advance. Schulte was also part of the Saint Louis FC Academy U19 team which advanced to the semifinals of the U.S. Soccer Development Academy (USSDA) Playoffs where the team finished third in the nation at the U19 age group after defeating MLS Academy opposition in New England Revolution and Sporting Kansas City.

Schulte is currently playing NCAA soccer at Saint Louis University where he is a true freshman. 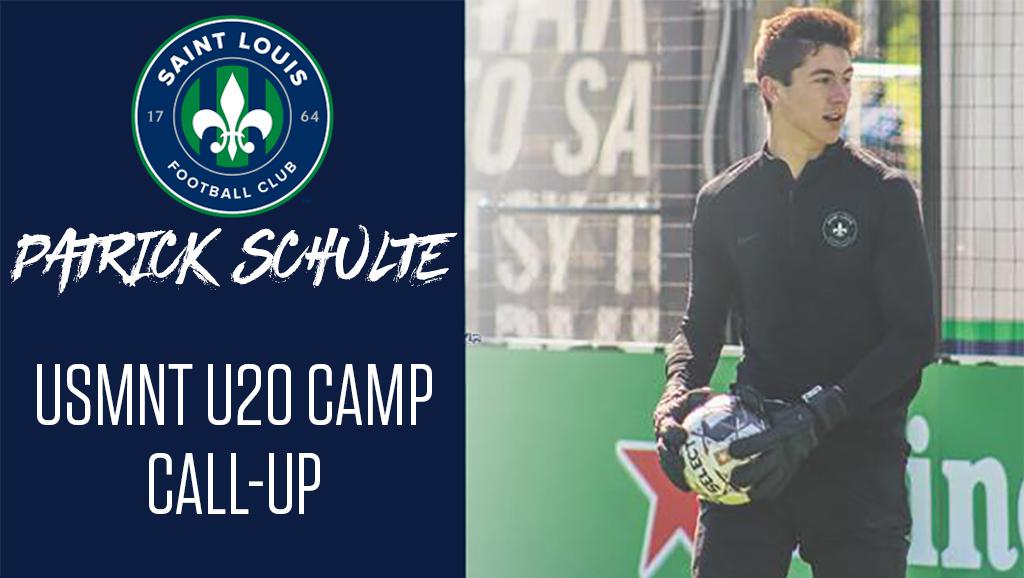