ST. LOUIS, Mo. – Saint Louis FC announced a partnership with Consort Homes for the remainder of the 2019 season.

Consort Homes started more than 85 years ago when it was founded by John E. Jones of The Jones Company. His son, Bob Jones, then purchased The Jones Company from his father in 1961, along with business partner Howard Chilcutt, and built over 15,000 homes for families until 2003 when they were purchased by Centex. The company prides itself on a reputation for fairness, stability and true understanding of their customers.

“Consort Homes is excited to be a partner with the Saint Louis FC and SLSG,” said a Consort Homes representative. “We look forward to being a part of the soccer community in and around the St. Louis area for the remainder of the season. Consort Homes is a St. Louis Building Tradition and we think this is the perfect opportunity to support the tradition and love of soccer in our hometown.” 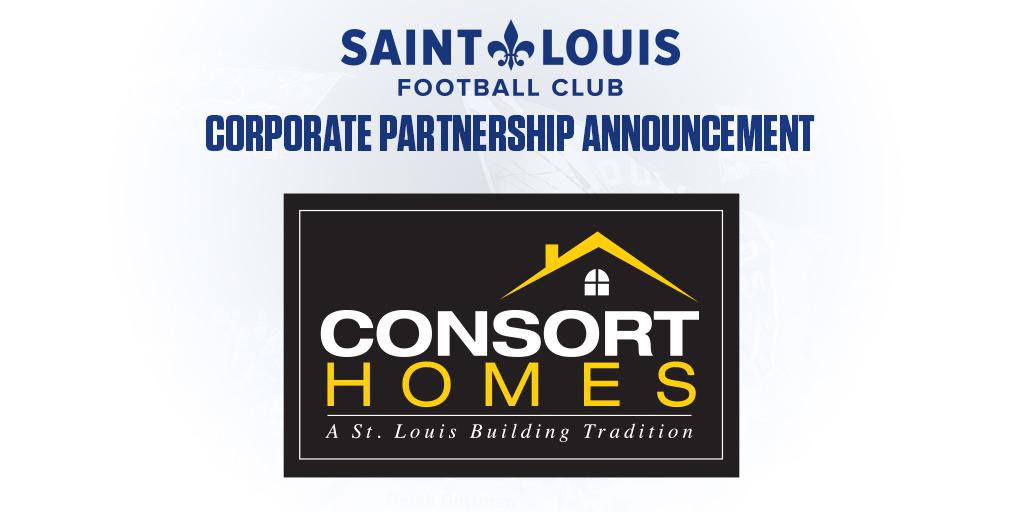