Alumbaugh joined the club in December 2009 as the Director of Coaching for St. Louis Scott Gallagher Illinois where he managed all full-time and part-time staff coaches while overseeing soccer operations for more than 60 SLSG teams. Before joining the club, he served as the Director of Soccer Operations for Springfield Sports Club after assistant coaching roles at Southern Illinois University-Edwardsville and Missouri State University.

Alumbaugh was appointed Vice-President & General Manager of Saint Louis FC upon the club’s foundation in May 2014. His main responsibilities included overseeing player personnel, roster assessment, and youth initiatives within the club while also managing day-to-day business operations. Alumbaugh also served as an Alternative Governor representative for Saint Louis FC on the USL Board of Governors, as well as a member of the USL Player Development Committee and Competition Strategy Committee.

“The entire organization thanks Jeremy for his commitment, dedication and passion for our club,” said STLFC President Patrick Barry. “He has been a leading voice in everything Saint Louis FC, from the days before the announcement of the team through today. His contributions are part of the legacy of this great club. We wish Jeremy and his family the very best as they embark on this next chapter in their lives.”

“Moving forward, we will continue our thoughtful review of the 2019 season and initial preparations for the 2020 season. The clear focus is improved results on the field and providing the very best fan experience off the field. In that regard, we look forward to sharing exciting news about the 2020 season in the coming weeks.” 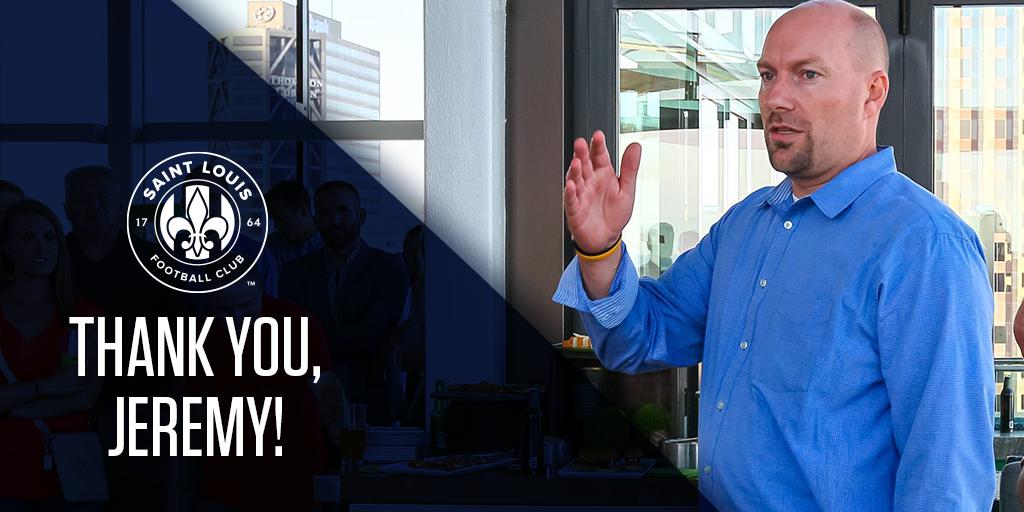