Bryan was born in Enfield, England and attended Lander University where he totaled 56 appearances with four goals and 12 assists. He would play for Mississippi Brilla in USL League Two during the 2018 season where he scored four goals and provided two assists over 14 appearances before joining Des Moines Menace the following season where he played in six games and contributed one goal and one assist. Bryan also played for Detroit City FC in the NPSL where he made eight appearances and scored one goal in 2019.

“Richard is a young right-back who spent three weeks training with us during the summer this past year,” said STLFC Head Coach Anthony Pulis. “He really impressed us with his attitude, hunger to learn and overall performance levels. He has good physical and technical attributes which we believe give him a really good chance to compete well at this level.”

“I’m absolutely delighted to have signed for Saint Louis FC and be part of such an ambitious club,” said Bryan. “I’m looking forward to meeting my new teammates, the management and staff, and all the supporters. I’m buzzing to get started!”

Fischer was born in Hainburg an der Donau, Austria and developed in the AKA St. Polten system. He recently graduated from Young Harris College where he made 54 appearances and scored seven goals with nine assists over his career. Fischer also played 178 minutes over three appearances for the Cincinnati Dutch Lions in USL League Two during the 2019 season.

“Daniel is a young player that caught my eye a couple of years ago whilst playing for Young Harris College,” said Pulis. “Technically gifted left-footed defenders are very hard to come by. He’s got good physical attributes, an excellent mentality and we believe we have a top young player on our hands with a really high ceiling.”

“I am truly grateful to Saint Louis FC for giving me the opportunity to start my professional career in the United States and make a name for myself,” said Fischer. “This club has high aspirations and I am extremely excited to be part of it. I'll give my very best to help the team win and succeed in 2020. Merry Christmas!” 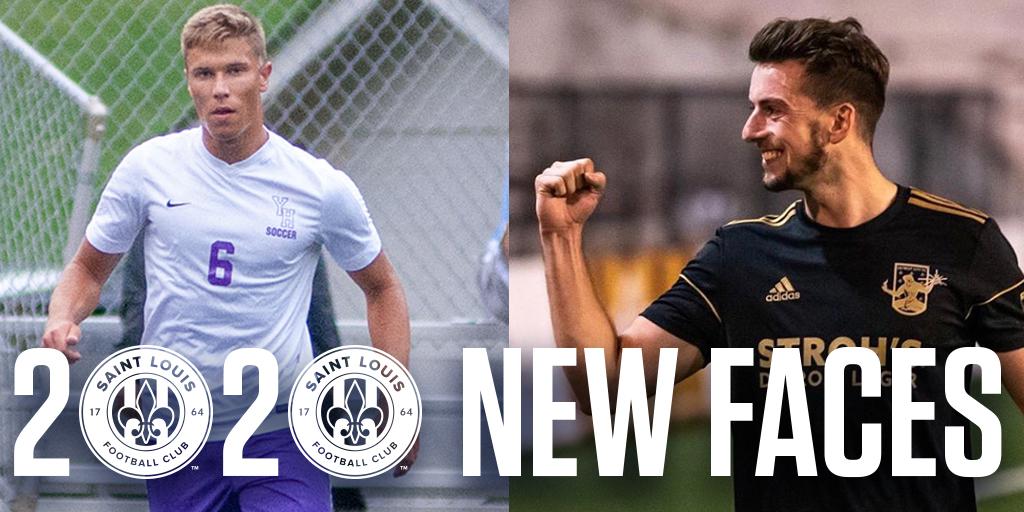