Morton was born in West Chester, Pennsylvania and developed in the Philadelphia Union youth system before attending James Madison University. He would make 69 appearances and average 1.13 goals against with a 75.8% save percentage throughout his collegiate career while also playing for Reading United AFC, Lehigh Valley United and OKC Energy U23s in USL League Two over the 2015-2016 seasons. Morton signed his first professional contract with Rochester Rhinos in 2017 before joining Pittsburgh Riverhounds SC the following season. He would play 2,370 minutes over 26 appearances and kept a league joint-best 14 clean sheets as Pittsburgh Riverhounds SC finished top of the Eastern Conference in 2019.

“We feel in Kyle we’re getting a very well-rounded goalkeeper that is coming off the back of a good year but is motivated and hungry to do even better in 2020,” said STLFC Head Coach Anthony Pulis. “His stature, the way he commands his box and his distribution were some of the things that stood out. Having someone else in the group who knows what it takes and how to win will be invaluable for us.”

“I’m excited to be signing for Saint Louis FC and helping the team fight towards a championship,” said Morton. “I’m looking forward to meeting the staff and fans in this exciting new opportunity.” 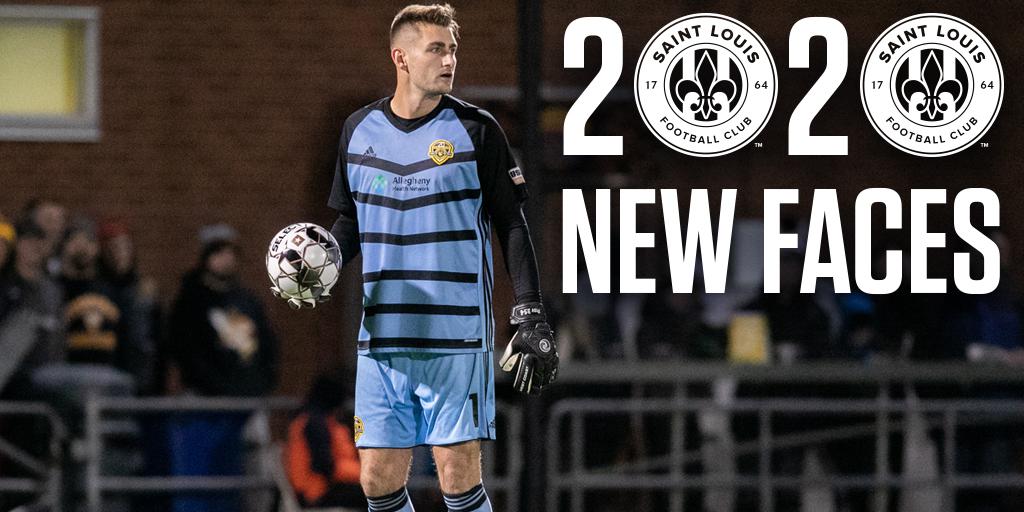