Saint Louis FC opens the preseason at home to USL Championship Eastern Conference opponent Memphis 901 FC on February 8th at 1:00pm CT in a Season Ticket Member-only event. Season Ticket Members will have exclusive access to the match and enjoy free soft pretzels and small fountain drinks starting 30 minutes before kickoff and lasting through halftime. There will then be a “Meet the Team” event with appetizers and open bar for Season Ticket Members in the Soccer Park Ballroom following the game. The appetizer menu will include toasted ravioli, boneless wings, mac n’ cheese bites, and spinach artichoke risotto bites.

CLICK HERE TO RSVP FOR STLFC vs. MEMPHIS 901 FC 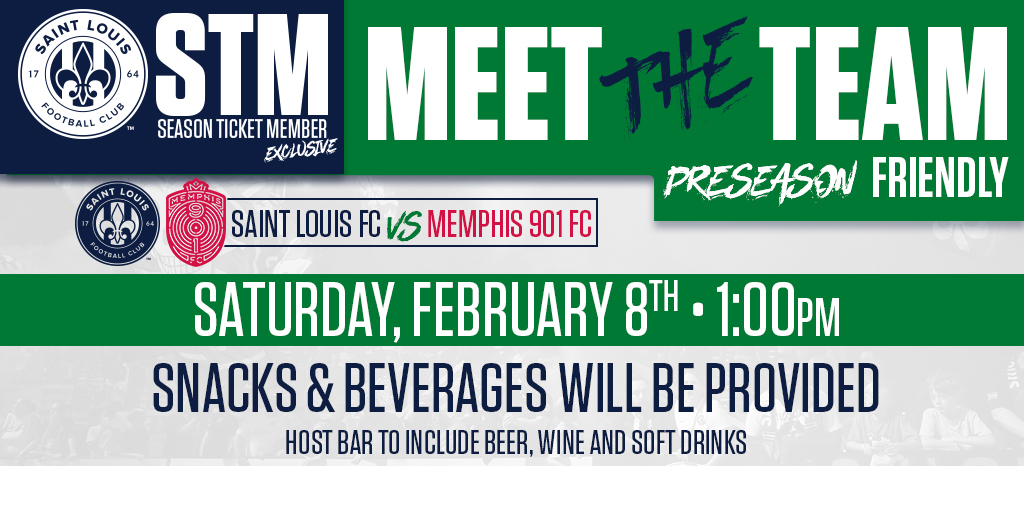 The team will then travel to face an opponent TBA and FC Tulsa before returning home to host Saint Louis University on February 22nd at 12:00pm CT and Young Harris College on February 23rd at 11:00am CT with both matches open to the public with no admission.

The preseason will conclude at home on February 29th at 3:00pm CT against USL League One opponent Forward Madison FC. Saint Louis FC hosted Forward Madison FC twice last season, including a 3-1 victory in the U.S. Open Cup Third Round. Admission for this game will be $5 with no charge for parking. 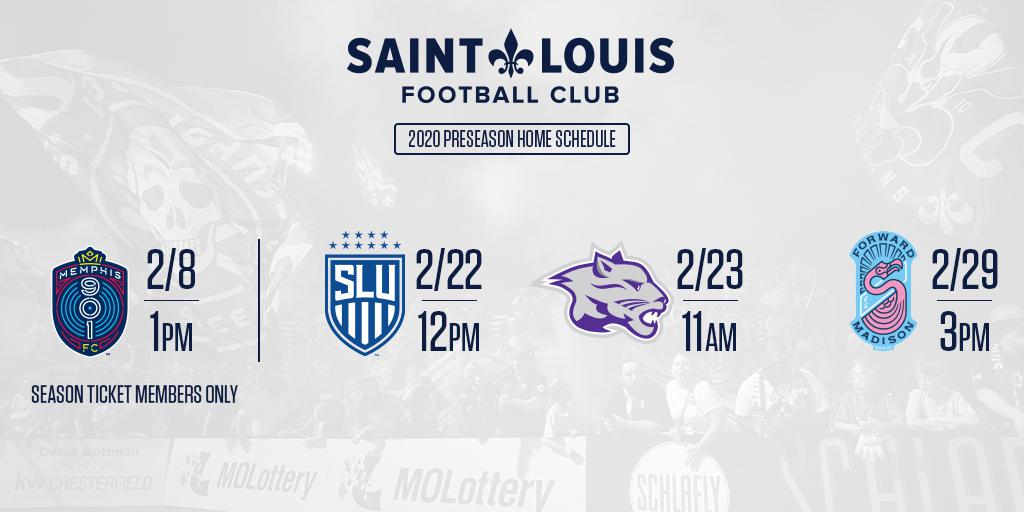