STLFC Falls 0-1 Away to Indy Eleven in Preseason

INDIANAPOLIS, In. – Saint Louis FC fell 0-1 against Indy Eleven at Grand Park in the second preseason game of 2020.

Indy Eleven scored the lone goal in the 53rd minute as Andrew Carleton rose to nod in a cross from Tyler Pasher after a goalmouth scramble. The result sees Saint Louis FC move to 1-1-0 in the preseason with the next match against FC Tulsa in a closed-door match on Sunday, February 16th at 2:00 p.m. CT.

The first half saw an even share of possession between the two teams in a high-energy first half. The first chance fell to Indy Eleven as Carl Haworth received the ball on the right side but his shot was well-saved by STLFC goalkeeper Kyle Morton. Saint Louis FC would respond on the counterattack and Oscar Umar had a shot from distance which sailed over the crossbar in the 26th minute. The next chance would arrive for Russell Cicerone as he received a great long pass from Paris Gee and cut inside the penalty area but his shot curled past the far post in the 31st minute. Cicerone would have another scoring chance in the 39th minute as Nichi Vlastos played him in space on the right but his shot was palmed away by Indy goalkeeper Evan Newton. The final chance of the half would fall to Andrew Carlton as he was played through one-on-one with Morton but the goalkeeper would get down sharply to make a save to see both sides level at the break.

The second half saw four changes made to the Saint Louis FC lineup and Indy Eleven capitalized early as Pasher found Carleton in the box to finish from close-range. Indy would continue to maintain most of the possession and they created another chance in the 63rd minute as Connor Antley took a shot from distance that sailed wide. The best chance of the second half then came for Ilija Ilic as his bicycle kick cannoned off the crossbar and was subsequently cleared from the line in the 75th minute. Saint Louis FC would look to equalize on the counterattack but could not find the breakthrough and the game finished 0-1.

“I thought the first half we did some very good things in all phases of the game,” said STLFC Head Coach Steve Trittschuh. “The players are starting to get more consistent minutes building up to the season opener and we will keep increasing their minutes over the next couple of games. It was very good competition today against Indy Eleven and it shows we need to keep working on our game.” 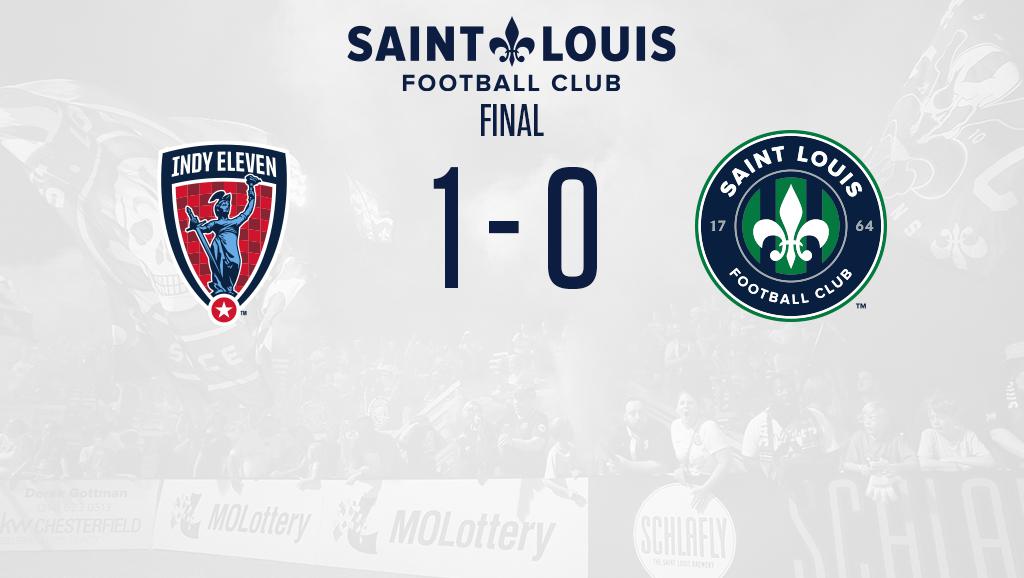