TULSA, Ok. – Saint Louis FC drew 1-1 against FC Tulsa in the third match of the 2020 preseason as the team prepares for the home opener on March 7th against The Miami FC.

The game would be played over three periods of 40 minutes each and FC Tulsa scored first as Dario Suarez got on the end of a cross from Marlon Santos in the 35th minute. STLFC would equalize through substitute Tyler Blackwood as he calmly finished under goalkeeper Bryan Byars in the 90th minute shortly after coming on. The result sees Saint Louis FC move to a 1-1-1 record in preseason with four goals scored and three conceded.

The game was a physical affair with a few chances created on either side. Russell Cicerone would have an effort from the top of the box in the 4th minute that was saved by Sean Lewis before Tulsa responded with a shot from Marlon that was saved by Kyle Morton. FC Tulsa would break the deadlock in the 35th minute after a good cross from Marlon was finished by Suarez with a scissor kick. Morton was then called to make another save in the 64th minute as Ariel Martinez had a shot from the right side of the box before a number of substitutions were made by both teams. It would be substitute Blackwood who made the difference as he was played in space by an Academy trialist and slotted underneath Byars in the 90th minute to see both side finish level.

“I thought both teams played with intensity like a league game so that will help going into the season,” said Head Coach Steve Trittschuh. “We keep improving in a lot of areas and our execution and decision making is getting better. There was one bad moment for us that led to the goal for FC Tulsa but the team kept battling to even the game with a quality goal.” 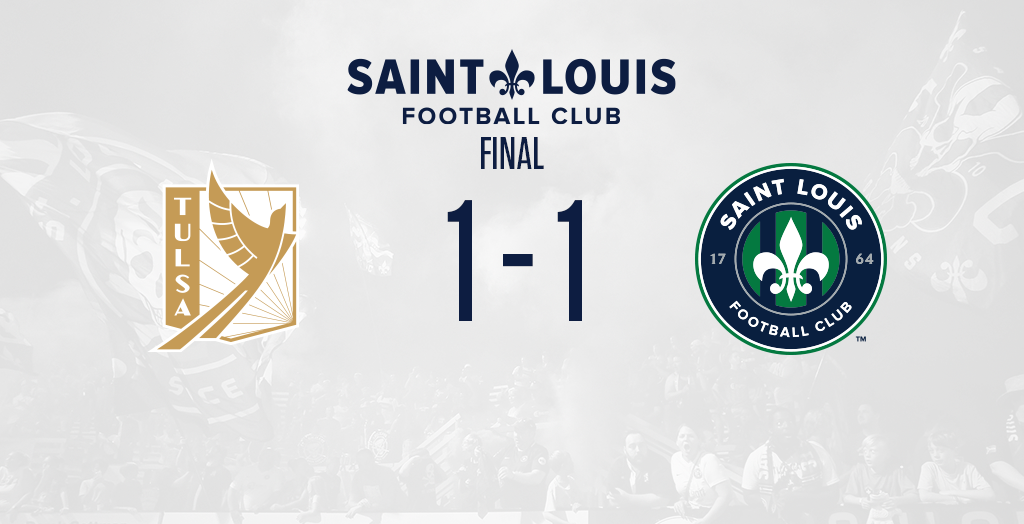