Forward Madison opened the scoring in the 6th minute as Paulo Junior finished a cross at the back post from close-range to make it 1-0. Saint Louis FC would storm back in the second half with a penalty scored by Russell Cicerone in the 81st minute before he added the winner in the 90th to complete the comeback as the team finishes the preseason with a 3-1-1 record.

The first half started with Forward Madison opening the scoring early as Paulo Junior turned home a cross from point-blank range in the 6th minute. Saint Louis FC would respond with a clever free kick that Todd Wharton took quickly to Mour Samb but his shot was blocked in the 11th minute. Wharton would have the next chance shortly afterward as he took a shot from outside the box that was palmed away by the trialist Forward Madison goalkeeper in the 13th minute. Sam Fink would then have a chance in the 36th minute as he got on the end of Joaquin Rivas’ free kick but his header went narrowly high. The best opportunity for the home side to equalize came in first half stoppage time as Samb was fouled in the box but Fink saw his penalty saved to have Forward Madison maintain the 1-0 lead into the break.

The second half saw Saint Louis FC press for an equalizer and dominate possession with the first scoring opportunity coming in the 59th minute as Wharton took another quick free kick but shots from Kyle Greig and Rivas were saved. Greig would have another chance in the 73rd minute following a good piece of play between substitutes Kadeem Dacres and Richard Bryan but his shot from inside the area went wide. The home side would finally find the equalizer as Cicerone earned a penalty and converted in the top corner in the 81st minute. Cicerone would then score the winner in the 90th minute as the ball fell to him inside the box following a turnover and he turned and buried it for his fourth goal of the preseason to earn the win.

“I told the guys at halftime that this is a game and I’m glad that [Forward Madison FC] gave us a game,” said Head Coach Steve Trittschuh. “To comeback like that should help us going into the first game. All-in-all, if you look at the stats we probably dominated, but it comes down to the score and we gave up a bad moment for them to get the goal. It felt like one of those days we couldn’t get the ball in the net but we kept creating chances and finally did.” 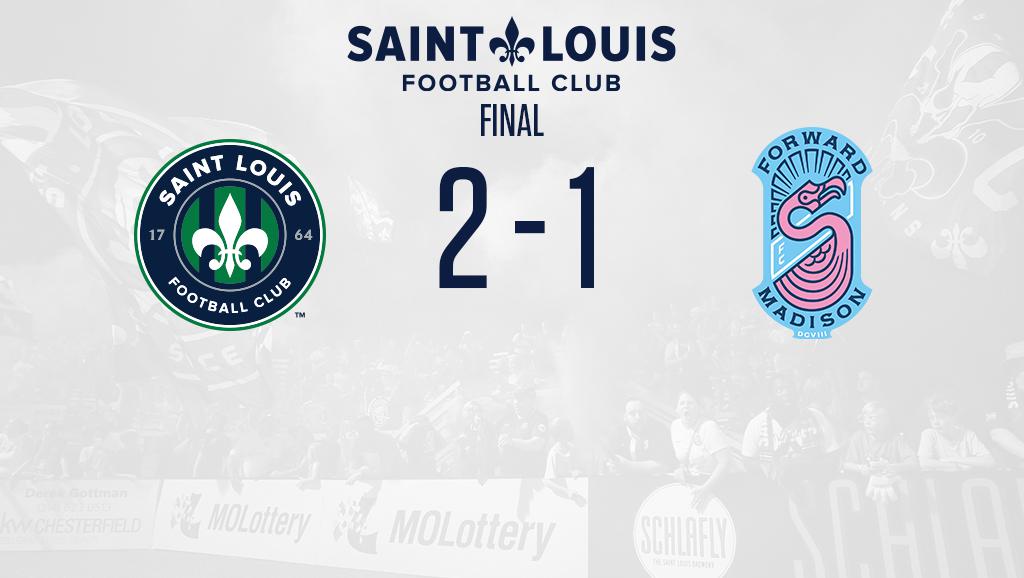