The top two teams from each group will qualify for the 2020 USL Championship playoffs which are due to start in the second week of October, producing a field of 16 teams overall in a regionalized single-elimination bracket. Group winners will be paired with Group runners-up in the Round of 16, with home advantage being determined by record for the remainder of the bracket.

Announced earlier today, Saint Louis FC has been approved by St. Louis County to open West Community Stadium at 50% capacity with social distancing measures and a mandatory face covering policy in effect. In order to implement social distancing measures in the stadium with a reduced capacity, the STLFC ticket staff is currently working to reconfigure seating locations. Season ticket members and partial season/flex ticket holders will have first priority before single game tickets are available to the public with an on-sale date TBD. 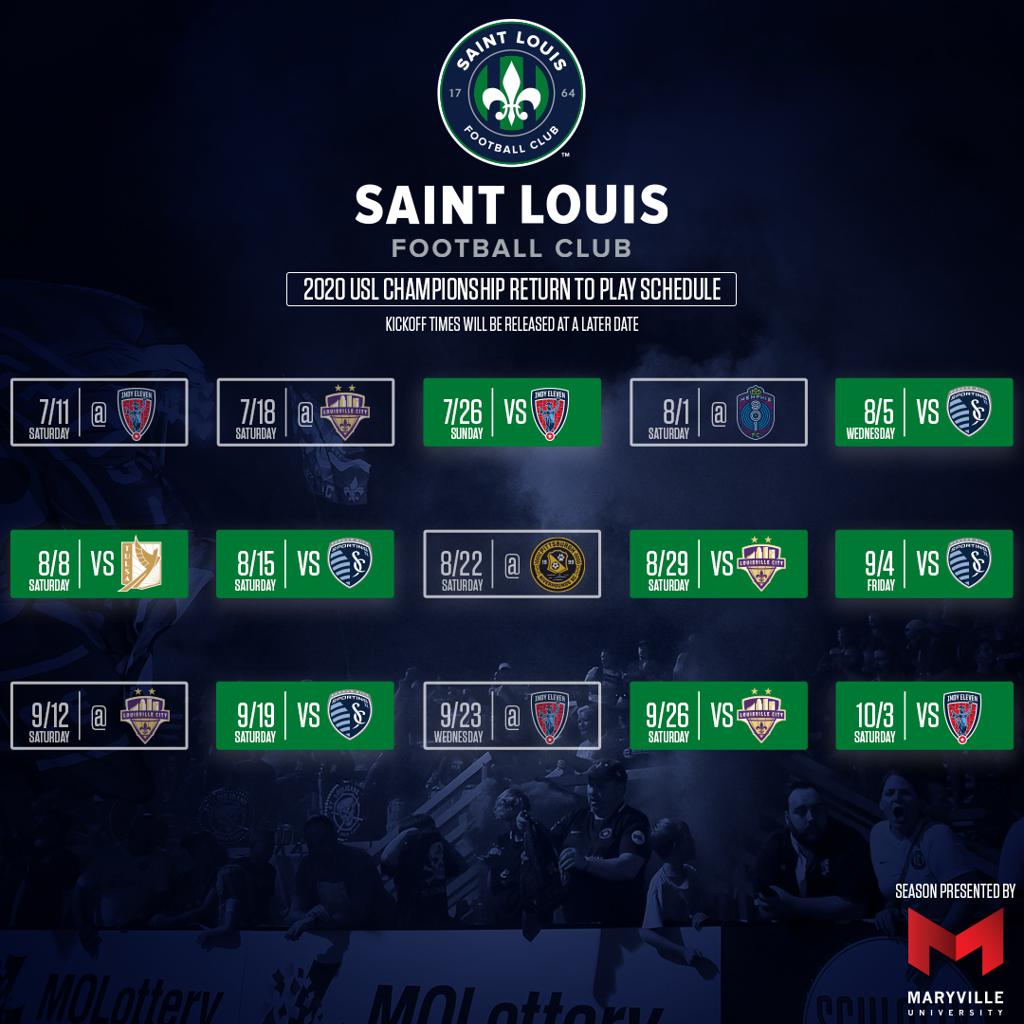