Both clubs are coming off Match 2 losses as Saint Louis FC fell 2-0 on the road against Indy Eleven while Louisville City FC lost 3-1 against Pittsburgh Riverhounds SC in their new stadium debut. The teams will face off a total of four times in a difficult Group E with fellow clubs Indy Eleven and Sporting KC II in USL’s new competition structure. Only the top two teams from each group will qualify for the playoffs with FiveThirtyEight predicting that Louisville City FC has a 64% chance of making the playoffs while Saint Louis FC has a 47% chance.

The teams have enjoyed a historic rivalry since both joined the league in 2015 with 10 previous meetings between the clubs in the fan-dubbed “Kings Cup” rivalry. Louisville City FC has usually come out on top of these contests with a 5-1-4 series advantage, including a 1-0 win in the most recent meeting in October 2019. That being said, Saint Louis FC has drawn the last two away matches against Louisville City FC and can break an unfortunate away record of 0-2-3 with the first away win in franchise history this weekend.

Saint Louis FC midfielder Joaquin Rivas leads the team with five chances created in 91 minutes of action while dynamic defender Oscar Jimenez leads Louisville City FC with four chances created in 135 minutes played after being named to the USL Championship All-League First Team in 2019. On the other side of the field, STLFC goalkeeper Kyle Morton comes off a seven save performance against Indy Eleven while Louisville goalkeeper Benjamin Lundt saved three shots while conceding three goals against Pittsburgh Riverhounds SC.

The game will be broadcast exclusively on ESPN+ and able to watch here: 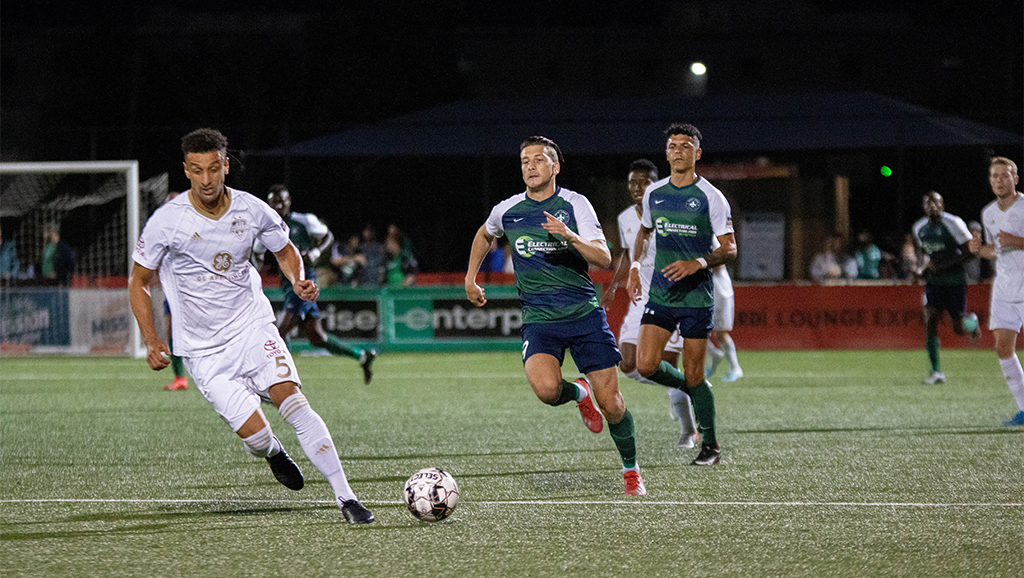