Saint Louis FC scored the lone goal in the 52nd minute following a corner kick routine which culminated with Tyler Blackwood finishing from close range for his second goal of the season. The result marks the club’s first win away to Louisville City FC and second overall win in the fan-dubbed “Kings Cup” rivalry to claim a crucial three points in Group E of the new USL Championship competition structure.

The first half saw Louisville City FC on the front foot early as STLFC goalkeeper Kyle Morton was called to make a save on Brian Ownby’s shot from inside the box in the 11th minute. The home side then came very close to opening the scoring in the 13th minute as Cameron Lancaster hit the post but his shot ricocheted off Morton and out. Saint Louis FC was able to withstand the pressure for the remainder of the half to enter the break level at 0-0.

The second half was a different story as Saint Louis FC turned the tide and got on the scoresheet first from a corner kick routine. Todd Wharton played it short to Jérémy Gagnon-Laparé and received it again to cross to Guy Abend at the back post and he gently headed the ball down for Blackwood to slot home in the 52nd minute. The team nearly doubled their advantage in the 71st minute as substitute Wal Fall struck a free kick to the top corner but it was well-saved by Louisville goalkeeper Chris Hubbard. While Louisville pressed for an equalizer and created some nervy moments at the end, Saint Louis FC would see out the game to claim all three points and move to 2-1-0 on the season.

“It was a fantastic effort by the entire squad against a strong team,” said Head Coach Steve Trittschuh. “The work they put in defensively was massive. It’s a great three points and now we prepare for Indy Eleven again next Sunday.” 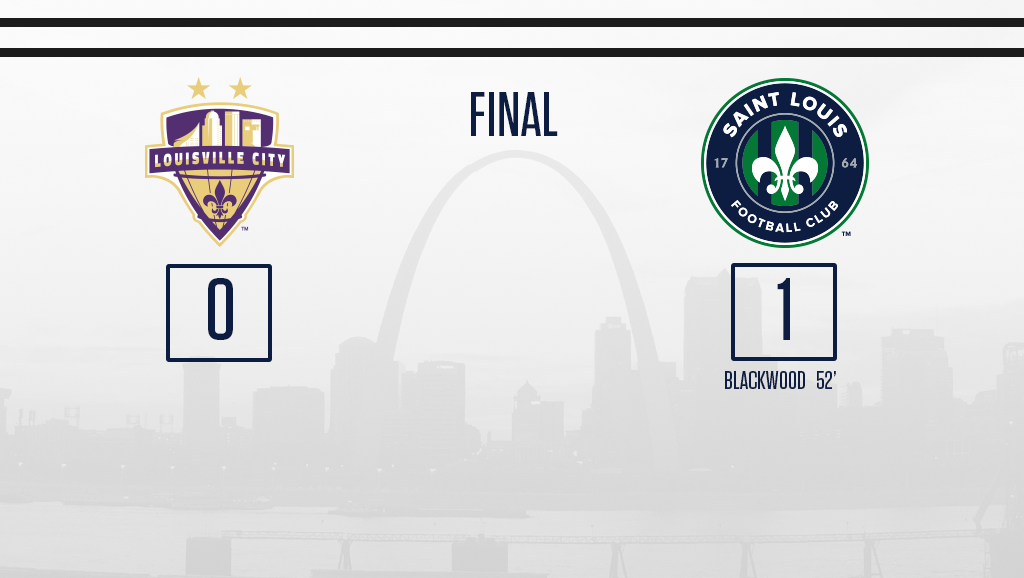