This will be the second match between the two clubs since the USL Championship restart after Indy claimed a 2-0 win at Lucas Oil Stadium on July 11th. Since that contest, Indy Eleven has won two games and sits atop Group E with a 4-0-0 record and 12 points while Saint Louis FC claimed a 1-0 road win against Louisville City FC to improve to 2-1-0 with 6 points.

The away win against Louisville City FC marked the first time that Saint Louis FC has won away to Louisville since both clubs joined the USL in 2015. Tyler Blackwood scored the lone goal in the 52nd minute from a corner set piece that was largely against the run of play against a talented Louisville team that has won two of the last three USL Cups.

Indy Eleven is coming off a 1-0 win against Pittsburgh Riverhounds SC on Wednesday night with dynamic winger Tyler Pasher scoring from outside the box in second half stoppage-time to claim all three points.

This game marks the fourth time that Saint Louis FC has played against Indy Eleven in a competitive fixture and second game at West Community Stadium following a 2-1 win to open the 2019 season. 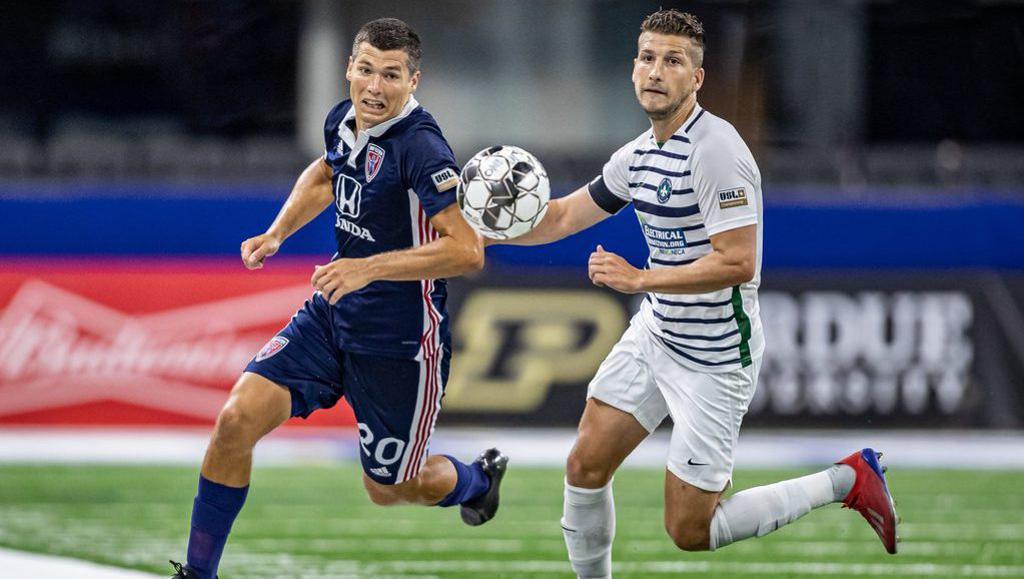