The two clubs will face each other a total of four times this season as part of the new USL Championship competition structure with all the games taking place at West Community Stadium. Saint Louis FC is coming off a 1-0 road loss to Memphis 901 FC which broke a two-game win streak while Sporting KC II has reversed their poor start to the season with two successive victories away to Louisville City FC and Indy Eleven. This will be the 11th meeting between the clubs with Saint Louis FC holding the series advantage with a 4-2-4 record and they are unbeaten by their cross-state rivals at home. Likewise, the away side will have their work cut out for them as Saint Louis FC has only lost five games at home since the start of the 2018 season.

Saint Louis FC is led by Tyler Blackwood with three goals - including two game-winning goals since the restart - while Sporting KC II is led by young Wilson Harris with two goals this campaign. On the other side of the field, 2019 USL Championship Goalkeeper of the Year nominee Kyle Morton has been immense since joining Saint Louis FC this season and currently leads the league with 21 saves made, including a penalty save on Brandon Allen in the last game against Memphis 901 FC. Sporting KC II goalkeeper Brooks Thompson is not far behind in the goalkeeping charts, however, as the 18-year-old has made 13 saves in only three games played so far this season.

The match can be streamed live on ESPN+ starting at 7:00 p.m. CT by clicking HERE. 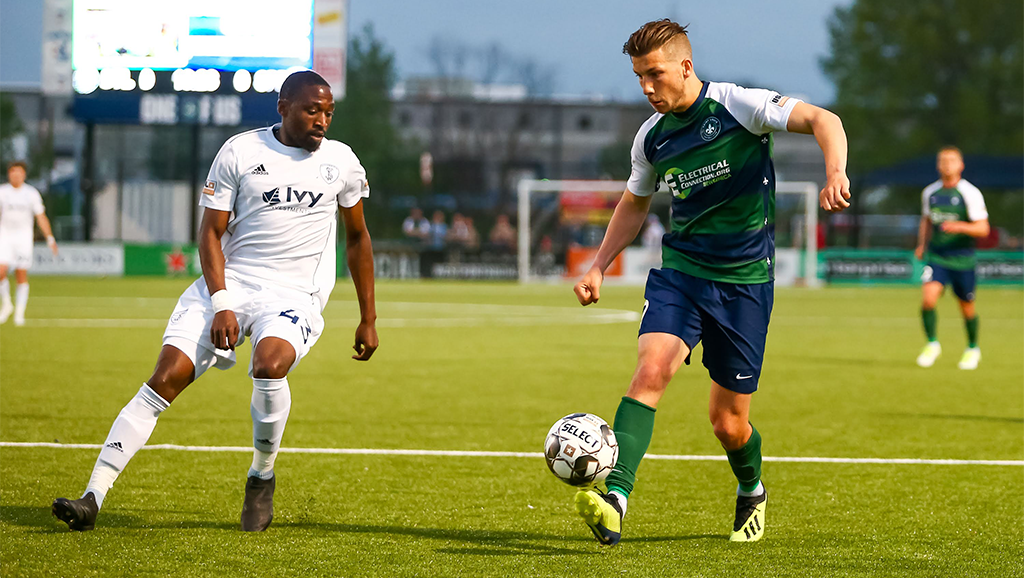