Saint Louis FC is coming off a 0-2 home loss to FC Tulsa as the team experienced only its sixth defeat at home since the start of the 2018 season and first loss against their I-44 rivals at home since the inception of both clubs. Following a hot start with Saint Louis FC earning 9 points from a possible 12 in the opening games, the team has struggled with only 1 point earned from a possible 9 in the last three contests.

Sporting KC II played their last game against Saint Louis FC on August 5th with this week’s scheduled midweek game against Louisville City FC postponed out of caution as SKCII experienced a positive COVID-19 test earlier in the week. In that last contest, Sporting KC II opened the scoring shortly after halftime with Enoch Mushagalusa turning in a rebound at the far post in the 56th minute after an initial save from debutant STLFC goalkeeper John Berner. Saint Louis FC would earn a draw with virtually the last kick of the game as Phanuel Kavita fired home a rebound following a corner kick to see both sides walk away with a point earned in Group E. 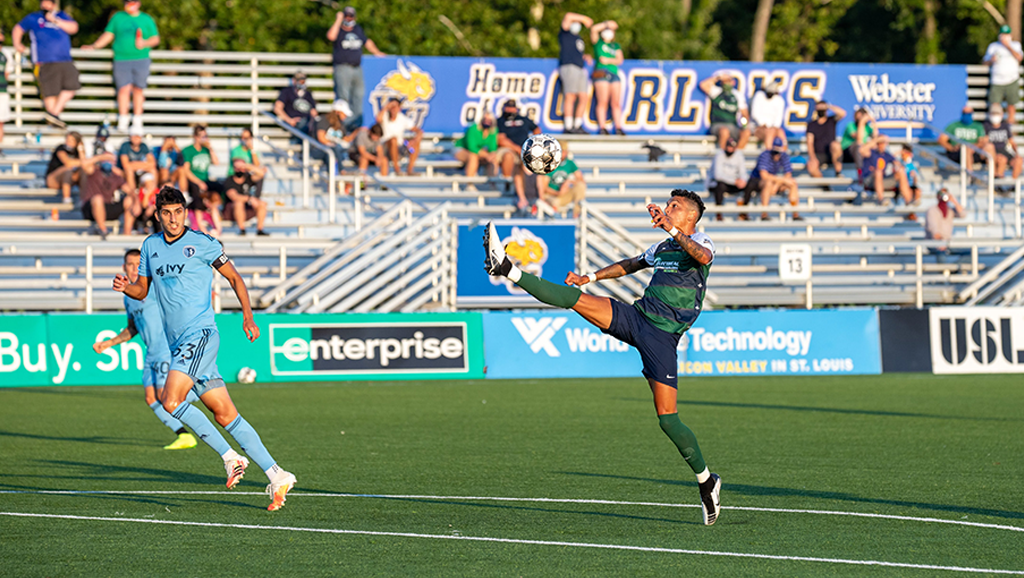