STLFC Advances in Playoffs with 1-0 Win over Hartford Athletic

Substitute Joaquin Rivas scored the winning goal in the 93rd minute as he pounced on a loose ball and slotted past Hartford goalkeeper Parfait Mandanda for his second goal of the season. The win sees Saint Louis FC advance in the USL Championship Playoffs and they will travel to face Louisville City FC next Saturday.

The first half saw Hartford Athletic create a majority of the chances and STLFC goalkeeper Kyle Morton was called into action in the 4th minute as he tipped a shot from Ever Guzman over the bar. Tyler Blackwood would then have a chance in the 7th minute following a free kick as he hit a headed ball on the volley, but his shot was saved by Mandanda. Hartford would respond with a dipping shot from Gabriel Torres that was destined for the top corner but Morton was there to make the save in the 14th minute. The best chance of the half would then fall to Hartford in the 21st minute as Aiden Mesias was found unmarked in the box by Guzman, but his point-blank shot was saved by Morton to see both sides enter the break level at 0-0.

The second half saw Saint Louis FC get more into the game and they nearly opened the scoring in the 50th minute as Guy Abend dribbled through the defense but his shot was collected by Mandanda. Hartford then forced another good save out of Morton in the 75th minute as substitute Markus Naglestad got behind the defense but his low shot was smothered by the goalkeeper. Hartford’s final chance of the game would come in the 83rd minute as Danny Barrera created space outside the box and curled his shot to the top corner but Sam Fink was there to head it out of danger. Then, after coming on as a substitute in the 69th minute, Rivas would score the first playoff goal in club history as he picked up the ball following a tackle on fellow substitute Mour Samb and fired past Mandanda to seal a spot in the Eastern Conference Semifinals.

“Tremendous win for the club and the team,” said STLFC Head Coach Steve Trittschuh. “This team has a destiny to keep going in the playoffs. They have the confidence in what we are doing and just a great team spirit.” 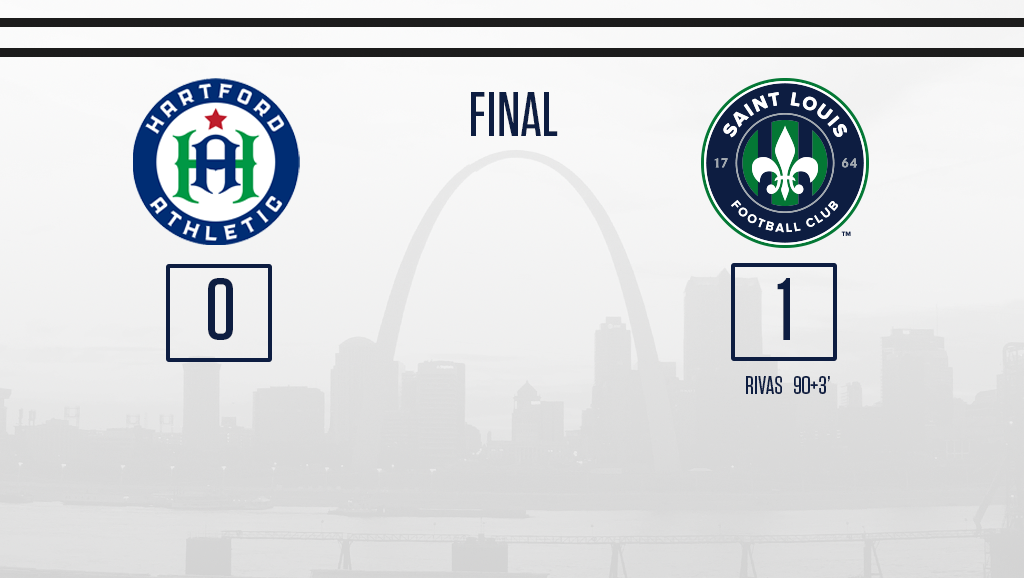