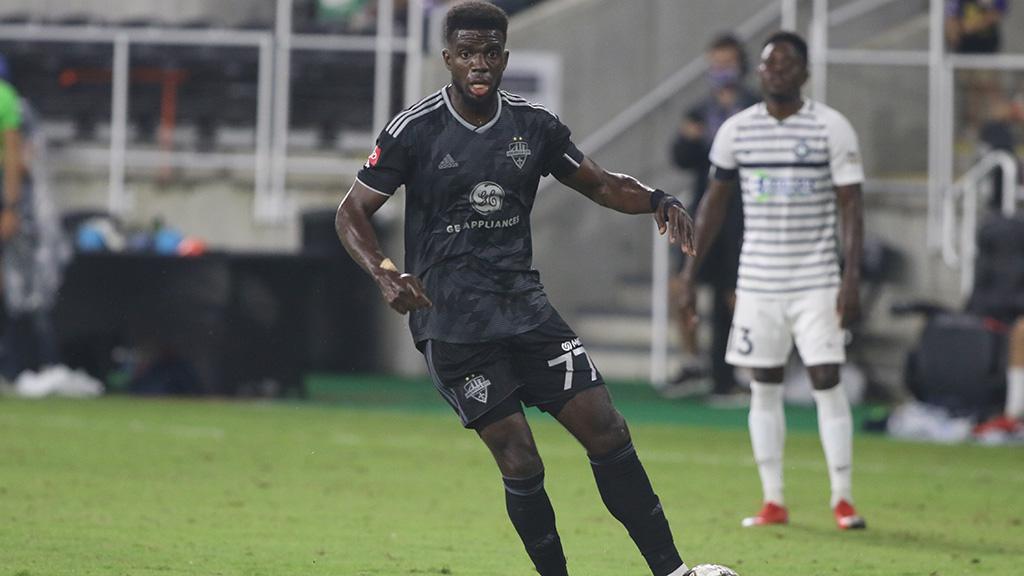 AUSTIN, Texas – Austin Bold FC announced on Tuesday it had signed Jamaican forward Jason Johnson ahead of the 2021 USL Championship season, pending league and federation approval. Per club policy, contract terms will not be released.

“We’re incredibly happy to have J.J. at The Bold. He’s a lethal player and goalscorer. He’s dangerous in and around the box. During his time with Phoenix Rising FC, he was one of the most talented and dangerous players on that roster,” said Austin Bold FC head coach Marcelo Serrano. “He’s a very humble, hungry, and hardworking person. He’s the type of player we want in our program and will be a great addition to the locker room.”

Johnson joined Louisville City FC for the 2020 Championship season. During his time in Kentucky, the Jamaican striker made six appearances finishing with a goal and an assist on his way to helping the club reach the Eastern Conference Final of the 2020 USL Championship Playoffs. Johnson has recorded 28 goals and five assists in 115 appearances all-time in the Championship’s regular season.

“I’m always grateful for an opportunity to compete in the sport I love,” said Johnson. “I’m looking to create some great memories with the fans and the players. I don’t take it for granted. Thank you.”

Johnson moved from his hometown of Saint Anne, Jamaica, to the United States in 2010 to play collegiately at Virginia Commonwealth University. During his time with the Rams, Johnson was named the 2012 Atlantic 10 Conference Offensive Player of the Year. He was awarded a Generation Adidas contract in 2013 and was selected 13th in the MLS Superdraft by Houston Dynamo.

In three seasons with Houston, Johnson made 21 appearances and netted four goals before moving to the Chicago Fire in 2015. Johnson joined USL Championship club San Antonio FC in 2016 and scored a brace in his debut. The striker shined after moving to Phoenix Rising FC in 2017, becoming the club’s leading scorer in his first season with 13 goals. Over three seasons with the club, Johnson helped Phoenix to a USL Championship Final and a USL Championship Regular Season Title in back-to-back years. Johnson has made three appearances with the Jamaican National team.