Gomez was born in Montemorelos, Mexico and grew up in the St. Louis area where he played in the St. Louis Scott Gallagher youth system.  He attended Georgetown University from 2011-2014 where he made 81 appearances during his collegiate career while also playing for the Orlando City U23 team during the 2013-2014 PDL seasons.  Gomez was drafted in the third round in the 2015 MLS SuperDraft by the Columbus Crew before signing with the San Jose Earthquakes in March 2015.  He would join the Rochester Rhinos in March 2016 and make 38 appearances during the 2016-2017 seasons, recording 20 clean sheets and being awarded the USL Golden Glove which recognizes the lowest goals-against-average in both 2016 and 2017 seasons.

“Tomas has proven over the last couple of years he’s one of the top goalkeepers in USL, so we’re absolutely delighted to have signed him,” said Anthony Pulis, STLFC Head Coach. “The fact that he’s from St. Louis and has an affinity with the community here is also a huge bonus.”

“For me when I heard Saint Louis was an option, it was a no brainer for me,” said Gomez. “I grew up five minutes away from the stadium and this place is what helped me get to where I am today. I’ve heard so much about the fans and community that supports the club and that is something I want to be a part of—I want to be a part of the process that gets the team to be a championship contender.” 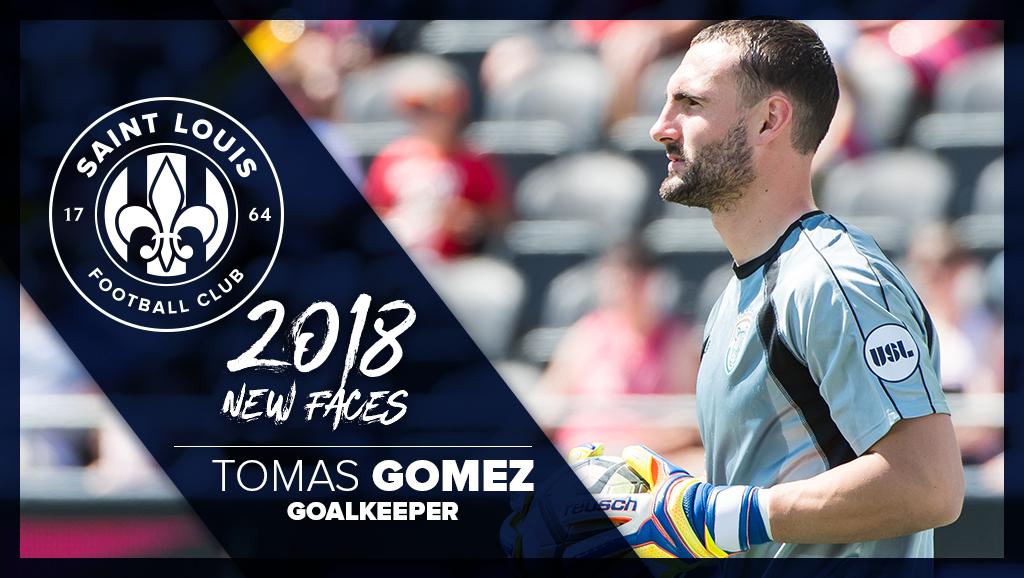