Reynolds was raised in Fort Walton Beach, Florida and attended the University of West Florida where he was named the Gulf South Conference Player of the Year in 2011.  He played for the Baton Rouge Capitals, Thunder Bay Chill, and Orlando City U23 team in the PDL during the 2009, 2011, and 2012 seasons, respectively.

Reynolds signed his first professional contract with VSI Tampa Bay FC in March 2013 where he made 17 appearances and scored one goal before the club dissolved at the end of the season.  He then signed with Fimleikafélag Hafnarfjarðar in Iceland where he made nine appearances in 2014.  Reynolds would return to the USL in 2015 when he signed with Louisville City FC, making 40 appearances during the 2015-2016 seasons and starting 17 games and scoring one goal during the 2017 USL Cup winning season.

“Sean is someone who has impressed me immensely every time I’ve watched him for Louisville,” said Anthony Pulis, STLFC Head Coach. “He is a very good one-versus-one defender, possesses great pace and is good in the air.  More importantly, he has a fantastic attitude and is a real competitor with a hunger to keep improving.  He is another excellent acquisition for us as we continue to build our roster for 2018.”

“I’m very happy and excited about coming to STLFC,” said Reynolds. “I’ve known Ant[hony] since 2012 when he was playing for Orlando City.  When he called and said he wanted me to be a part of what he’s trying to build, I wholeheartedly believed in his vision. I also have family in the St. Louis area who I’ve never been able to spend a lot of time with, so that’s a huge plus for me outside of the football realm.” 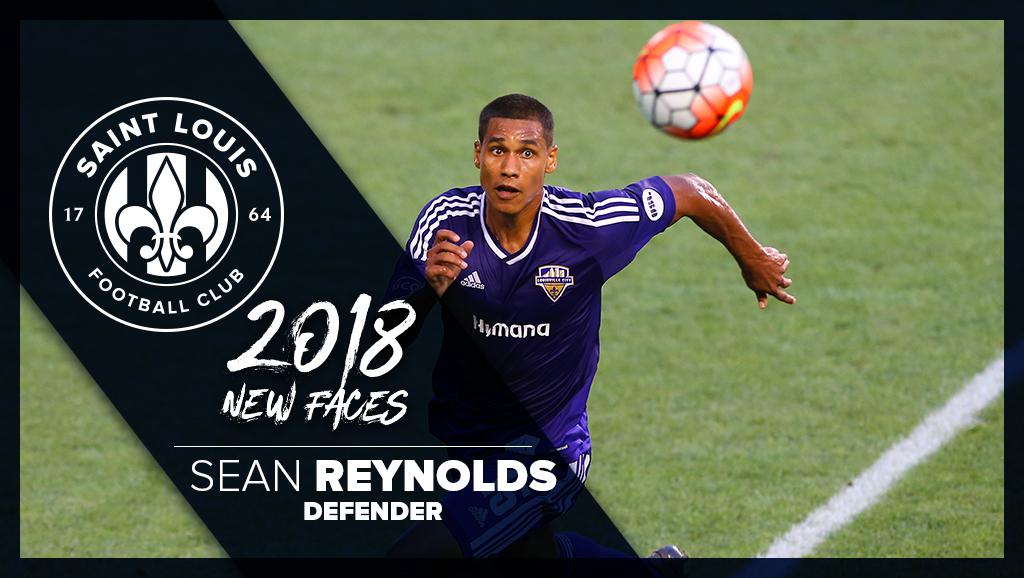