“Austin is someone I know very well from my time at Orlando City B,” said Anthony Pulis, STLFC Head Coach. “He is extremely explosive and a quick threat on offense that should trouble defenders.  He is also a great guy with a working attitude that should fit in nicely with the squad we are building.”

“I’m thrilled to be part of this club,” said Martz. “It’s exciting to have an opportunity to work with coach Pulis again because I wholeheartedly believe in his core beliefs as a football coach and person.  As soon as I signed, I read about the history of the club and noticed the five values of Unity, Humility, Passion, Respect, and Tradition. To me, it’s noticeable how much the community gets behind these values and this is definitely a community I want to be a part of and play for.  I feel extremely grateful and I’m ready to get started!” 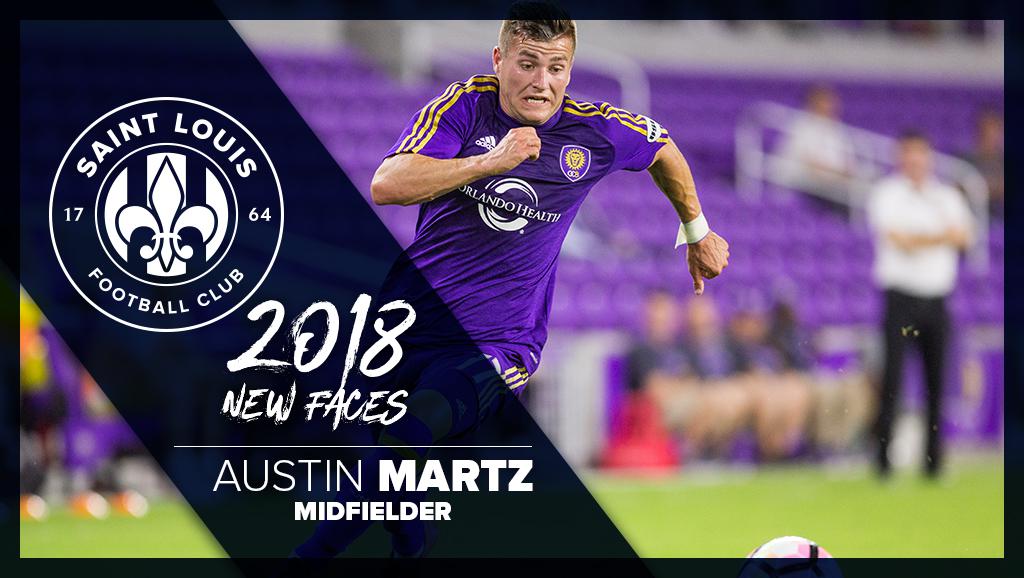