Rudolph was born in Belleville, Illinois and developed in the St. Louis Scott Gallagher-IL Academy before attending George Washington University where he made 70 appearances and scored 29 goals during his four-year collegiate career.  He signed for Sandvikens IF of the Swedish third division in 2013 where he made 33 appearances with eight goals scored until he returned home to sign with Saint Louis FC in 2016.  Over the course of the 2016-2017 seasons, Rudolph featured in 31 games with nine goals scored including seven of those goals coming during the 2017 campaign where he finished as the team’s second-leading scorer.

“I’m delighted to have signed Seth,” said STLFC Head Coach Anthony Pulis. “He gives us good pace, has a good goal-scoring record, and his signing fills a position we’ve been actively looking to fill with recent injuries. Seth also fits the criteria of the culture we have here—he’s a great person with good values and work ethic—and we’re really excited to have him join the group.”

“I’m very excited to be back,” said Rudolph. “I can’t wait to step back on the pitch with such a talented group of guys and get back to work.” 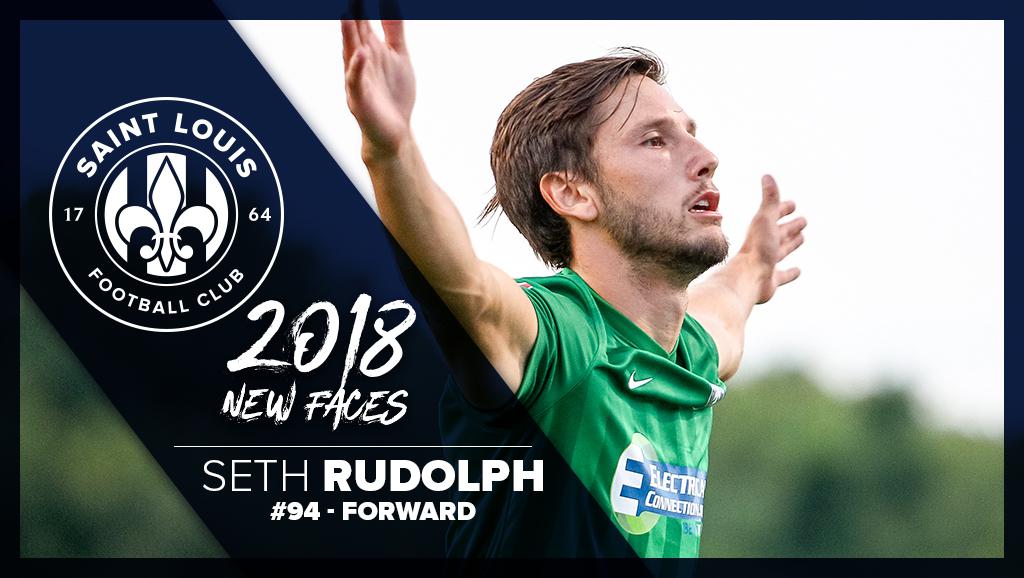