Jepson was born in Green Bay, Wisconsin and developed in the FC Magic Red system before playing with FC Milwaukee’s U.S. Soccer Development Academy teams.  He attended the University of Wisconsin-Green Bay where he made 69 appearances and scored 25 goals and was named the Horizon League’s Offensive Player of the Year as a senior in 2017.  Jepson then joined the Des Moines Menance in the PDL and made 16 appearances and scored six goals with six assists during the 2018 season.

“Audi has been training with us for two or three weeks and has done really well,” said STLFC Head Coach Anthony Pulis. “He is a good kid who is hungry, wants to learn, wants to get better, and is chomping at the bit for time in the professional game.  He came across our radar from Des Moines and we spoke to some people who know him well and got really good reviews so we are excited for him to join the group and see what he can contribute for the rest of the season.”

“I’m very grateful to be signing with such a wonderful club,” said Jepson. “This has been a dream of mine and I’m blessed to have it finally come true.” 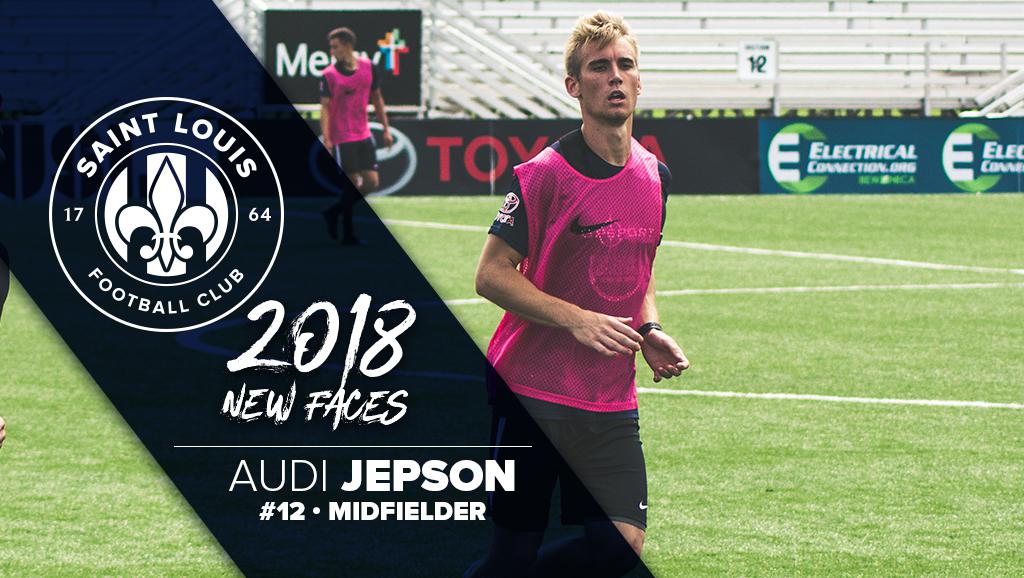