Abend was born in Netanya, Israel but moved to Washington D.C. at an early age where he spent six years before moving back to Israel to play in the Maccabi Netanya F.C. youth system. He signed his first professional contract with Maccabi Netanya F.C. of the Israeli Premier League in 2008 where he made one league appearance before joining Hapoel Rishon LeZion in 2011.  Abend made 84 appearances and scored two goals with the Israeli club where he also won the domestic cup in 2012.  He would move to Louisville City FC at the start of the 2015 season and made 63 appearances with six goals scored during his tenure, including 23 starts in the 2017 USL Cup championship season.  Abend spent the 2018 USL season with Reno 1868 FC where he appeared in 21 matches and tallied one assist in a season that finished in the USL Cup Western Conference Semi-finals.

“I think Guy will prove to be a great signing for us,” said STLFC Head Coach Anthony Pulis. “He is a very good central midfielder that is effective on both sides of the ball, he’s strong, can battle and scrap when needed, but also possesses the ability to get on the ball and dictate the tempo of the game. He is extremely competitive and has exactly the right type of mentality we want.” 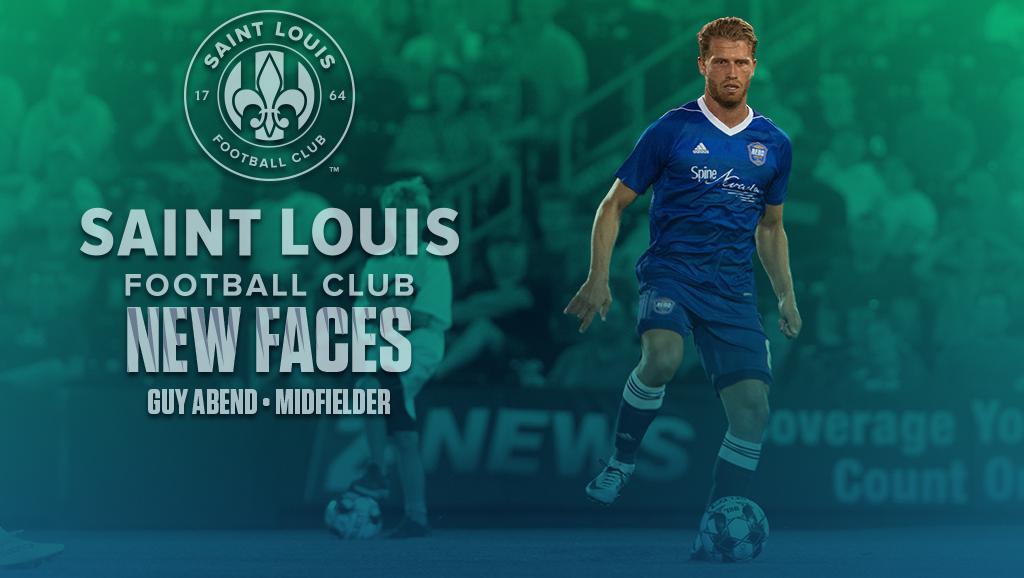