Rivas was born in Santa Ana, El Salvador but grew up in Las Vegas, Nevada and was named the Nevada Gatorade Player of the Year as a senior in high school.  He attended the University of Nevada-Las Vegas (UNLV) where he made 67 appearances and scored 11 goals during his collegiate career. Rivas would join Kitsap Pumas for the 2014 USL PDL season where he made 13 appearances before signing with Sacramento Republic FC at the start of the 2015 USL season.  He would make 19 appearances for Sacramento over a two-year span before joining Tulsa Roughnecks FC in 2017.  Rivas made 61 appearances with 17 goals scored in his two seasons in Tulsa and finished as the team-leading scorer with 12 goals during the most recent 2018 USL season.

“We’re obviously delighted to have signed Joaquin, someone who is a quality player and has the potential to be a difference-maker,” said STLFC Head Coach Anthony Pulis. “Recruiting a naturally left-footed attacking player was one of the main priorities for us this offseason. He had a very productive year for Tulsa by scoring 12 goals from an attacking/wide midfield position, and he’s got a great football brain with the technical ability to match. Joaquin is another great person who will mesh well with our group and is very determined to keep improving.”

“I am excited to start my new journey with Saint Louis FC,” said Rivas. “I’ve heard nothing but great feedback from the organization, and I’m looking forward to meeting my teammates and the fans.” 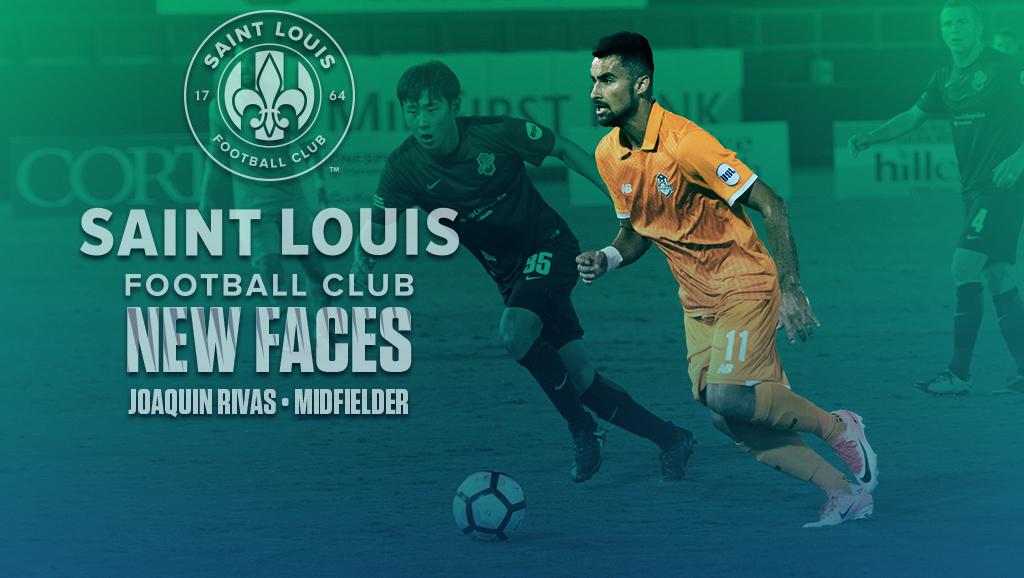