Calvert was born in Wrightwood, California and signed a homegrown contract with Chivas USA at sixteen years old to make him the youngest signing in club history.  He would join the Colorado Rapids in 2014 as part of the MLS Dispersal Draft and loaned to affiliate club Charlotte Independence at the start of the 2015 USL season.  Calvert has spent most of his career with Charlotte and made 65 appearances for the club with eight goals scored over the 2015-2018 seasons while also appearing for his parent club in 21 games with one goal scored over that period.

“Caleb is a young player that is very appealing because, in my opinion, he has all the attributes to be a successful forward in this league,” said STLFC Head Coach Anthony Pulis. “He is big and strong, a powerful runner, works hard, and has great technical qualities regarding his link-up play and finishing. The exciting challenge now is to work closely with him to piece everything together and help him develop. He’s extremely motivated to do well and I’m really looking forward to work with him.”

“I’m excited to join the club and get to work to contribute right away,” said Calvert. “I think Anthony has a great vision for the club and I’m looking forward to meeting my new teammates and playing in front of all the supporters!” 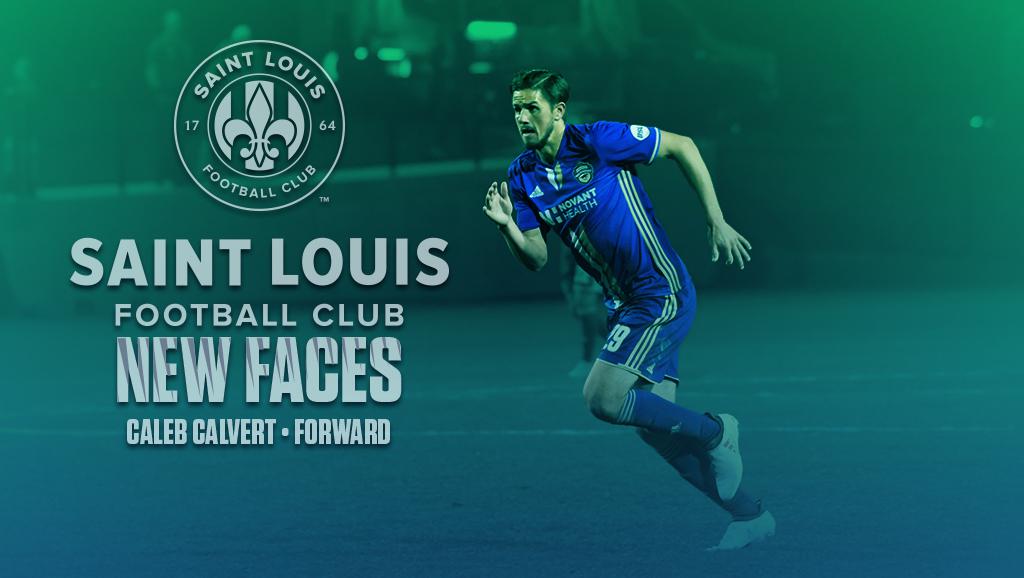