Gee was born in Burnaby, British Columbia, Canada and developed in the Vancouver Whitecaps FC youth system before playing for Simon Fraser University in NCAA Division II for one season in 2012.  He would sign his first professional contract for NK Rudeš of the Croatian second division in 2014 and make 35 appearances over two seasons.  Gee then moved to Tulsa Roughnecks FC and has made 52 appearances since the start of the 2017 USL season, including an impressive recent campaign with three goals scored and six assists over 33 games.

“Paris is someone who impressed us this year with his versatility, athletic attributes, and technical qualities,” said STLFC Head Coach Anthony Pulis. “He has the ability to cover a lot of ground and his delivery from wide areas is excellent. He is another player who is hungry and determined to keep improving which is exactly the type of player we want here.”

“I’m very excited to join this club and take this next step in my career,” said Gee. “I can’t wait to meet all of the staff and fans, and I’m looking forward to joining my teammates on the field.” 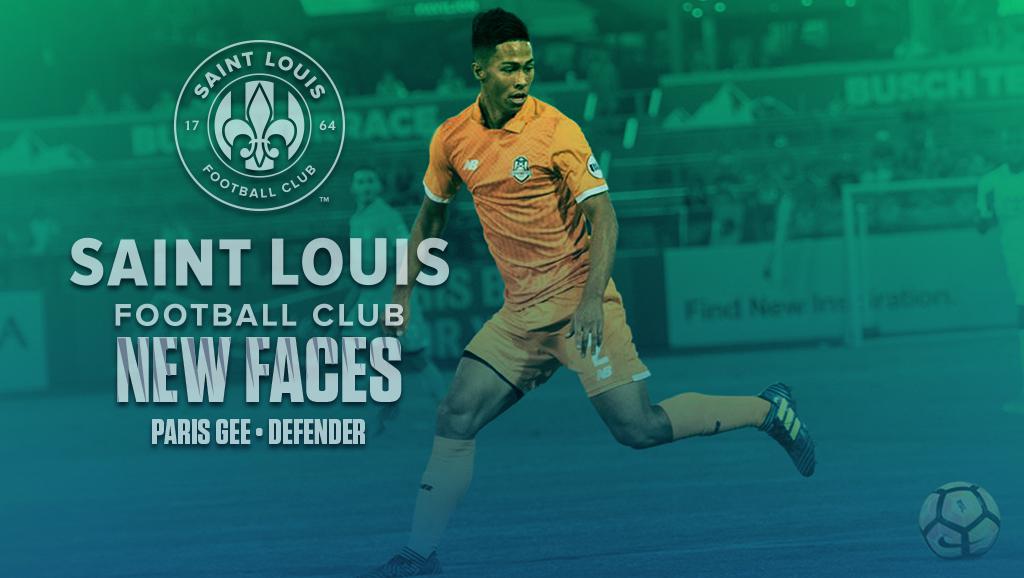