Kamdem Fewo was born in Paris, France and grew up in Calgary, Alberta, Canada where he developed in the Calgary Chinooks youth system.  He attended the University of Nevada-Las Vegas where he made 49 appearances and scored four goals during his collegiate career and also played for Calgary Foothills FC in USL League Two during the 2015 season.  Kamdem Fewo would be drafted in the 2016 MLS SuperDraft by Colorado Rapids but signed with Rochester Rhinos for the 2016 USL Championship season where he made 51 appearances and scored one goal before signing with fellow USL Championship club Fresno FC.  He made 20 appearances and tallied three assists during the 2018 season, including the game-tying assist in the 1-1 draw against Saint Louis FC on April 7th at Toyota Stadium at World Wide Technology Soccer Park.

“We’re absolutely delighted to have finally secured the signing of Bradley,” said STLFC Head Coach Anthony Pulis. “He’s an excellent left-back with a good amount of experience in the league despite still only being 24 years old. He’s a good one-on-one defender, has lots of pace and power, is comfortable joining the attack, and has a lovely left foot. His mentality fits our culture really well and is someone who I think has lots of potential to keep improving. We look forward to adding him to our squad and seeing that growth with us in 2019.”

“I feel privileged to get the opportunity to play for this club,” said Kamdem Fewo. “I am eager to give it my all so we can reach our goals for the season.” 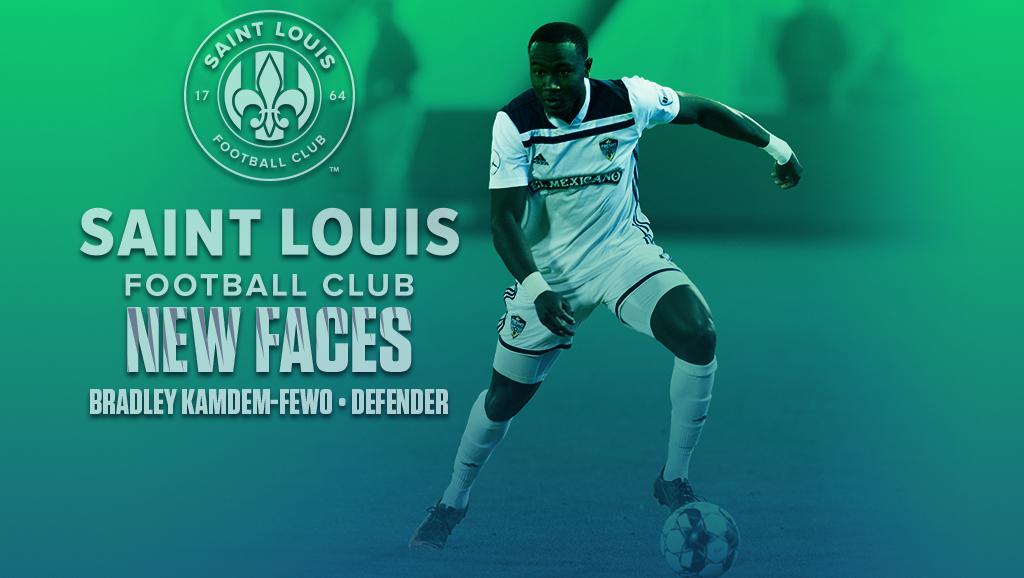