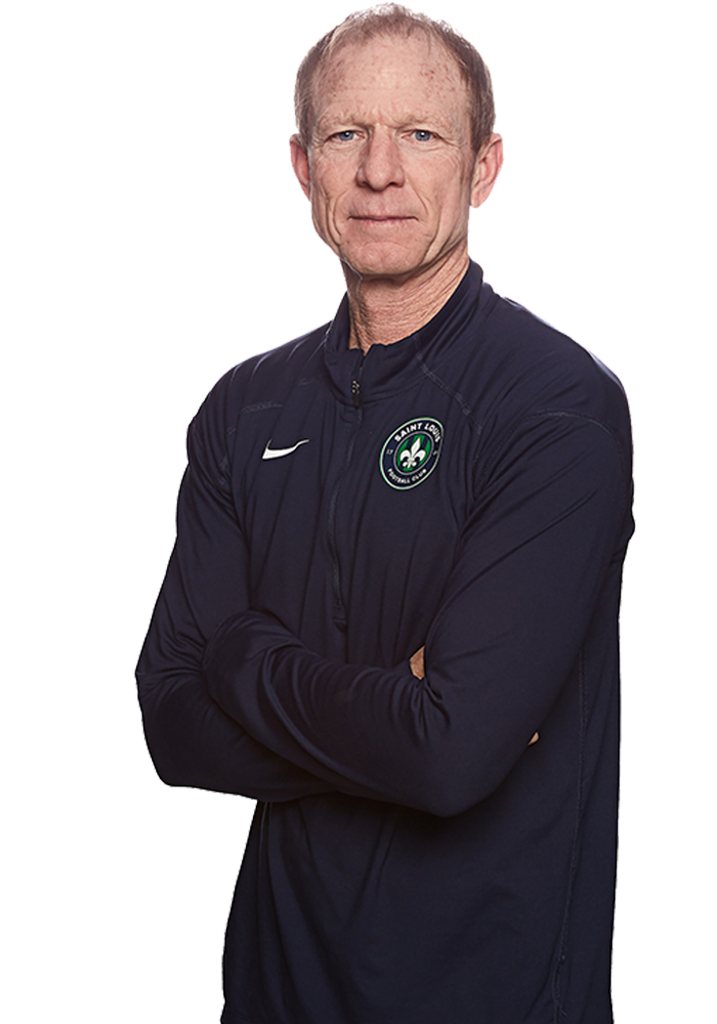 Trittschuh was born in Granite City, Illinois and attended Southern Illinois University Edwardsville where he was inducted into the SIUE Athletic Hall of Fame in 2011. He began his professional career for the St. Louis Steamers in 1987 and would represent the United States in the 1988 Seoul Summer Olympics before signing with the Tampa Bay Rowdies. Trittschuh played for the U.S. Men’s National Team in the 1990 FIFA World Cup and then signed with Czechoslovakia club Sparta Prague where he made 13 appearances and scored one goal in a season culminating with a league championship. He would also become the first American to play in the European Cup, the predecessor to the UEFA Champions League. Stints with the Tampa Bay Rowdies, St. Louis Ambush, and Montreal Impact would follow before Trittschuh signed with the Colorado Rapids in 1996. He would make 98 appearances and score 11 goals for the club before finishing his playing career at the Tampa Bay Mutiny in 2001. In total, Trittschuh made 317 club appearances and scored 39 goals while also making 37 international appearances with two goals scored  before starting a coaching career as an assistant with the Colorado Rapids in 2002. 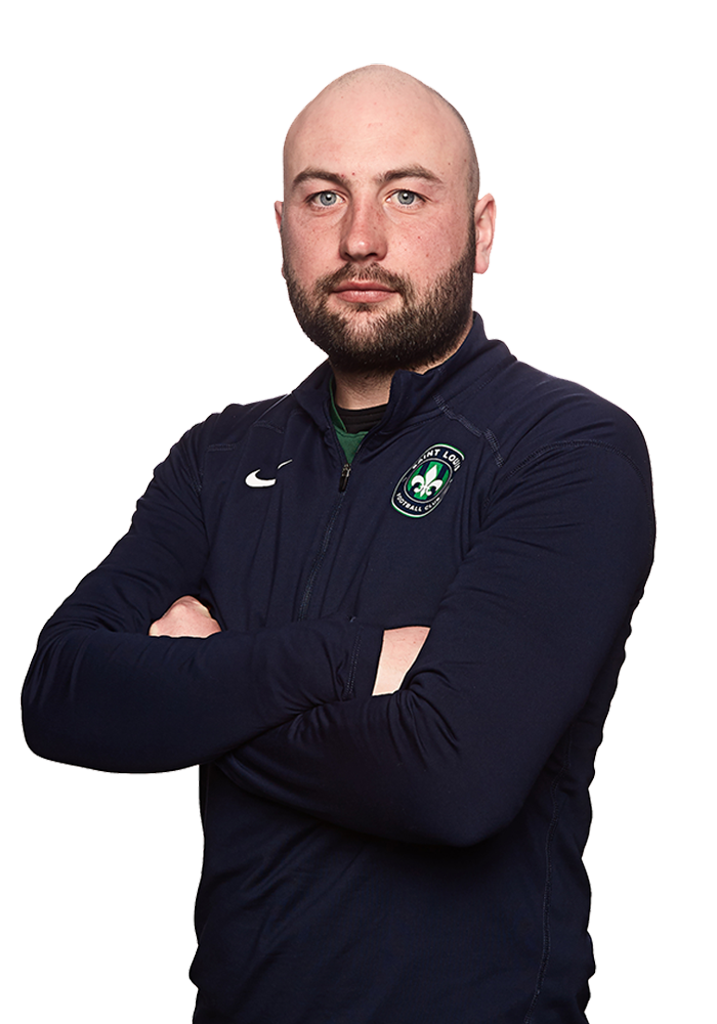 Max Rogers is entering his third season with Saint Louis FC and first season as the assistant to Steve Trittschuh. He was born in Grantham, England and graduated from Edinburgh Napier University with a Bachelor of Science honors degree in Sport and Exercise Science.  He started his coaching career at St. Mirren FC in the Scottish Premiership in 2014 and was named the Assistant Head of Youth Development while also assisting with the reserve team and serving as the first team opposition scout.  Rogers then joined the Orlando City SC Development Academy in 2016 and was in charge of Methodology and Player Development for both the academy teams and USL team.  While serving in the Development Academy, he coached at the U13 and U16 levels and assisted for the U18 squad that reached the USSDA Championship quarterfinals in 2017.  He currently holds a UEFA A License, UEFA B License, and the UEFA Elite Youth A License. 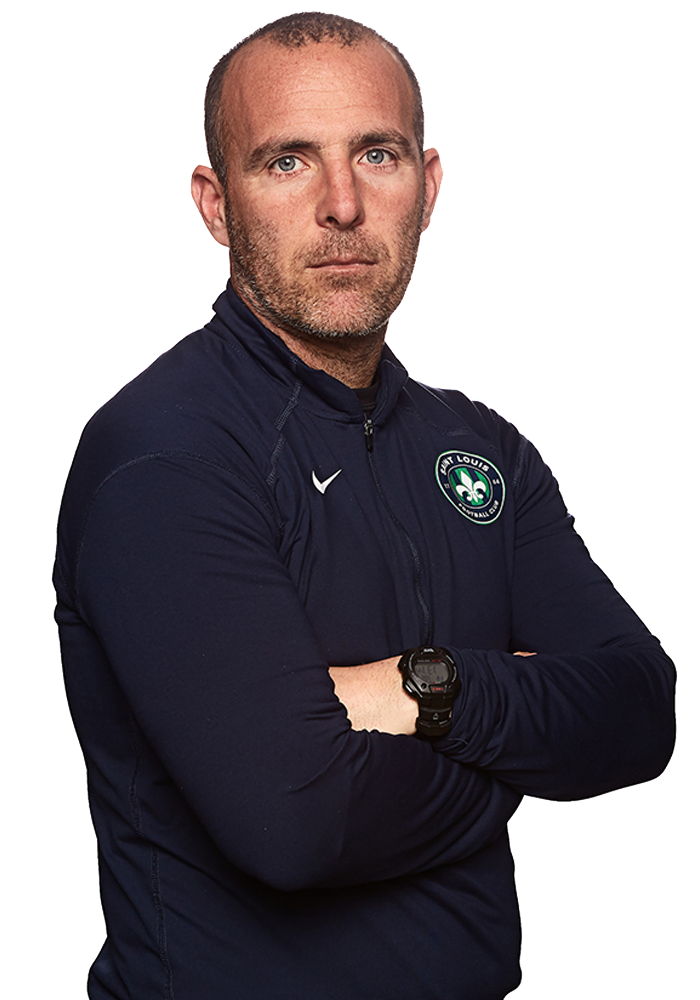 Brian Jones is entering his sixth season as the goalkeeping coach and has been with the club since the beginning in 2015. He is a St. Louis-native who played professionally for Sint-Niklaaz in Belgium, Olivais-Muscovide in Portugal, and the Kansas City Wizards in MLS.

After his playing career was over, Jones was hired as the goalkeeper coach at SIUE where he coached from 2007-2014. Jones was promoted to co-head coach at SIUE in 2014 and helped lead the Cougars to the program’s first MVC title and an appearance in the second round of the NCAA Tournament. During his tenure, he mentored John Berner who is now playing for the club.

Jones resides in St. Louis with his wife, Rebecca, and son, Remi. 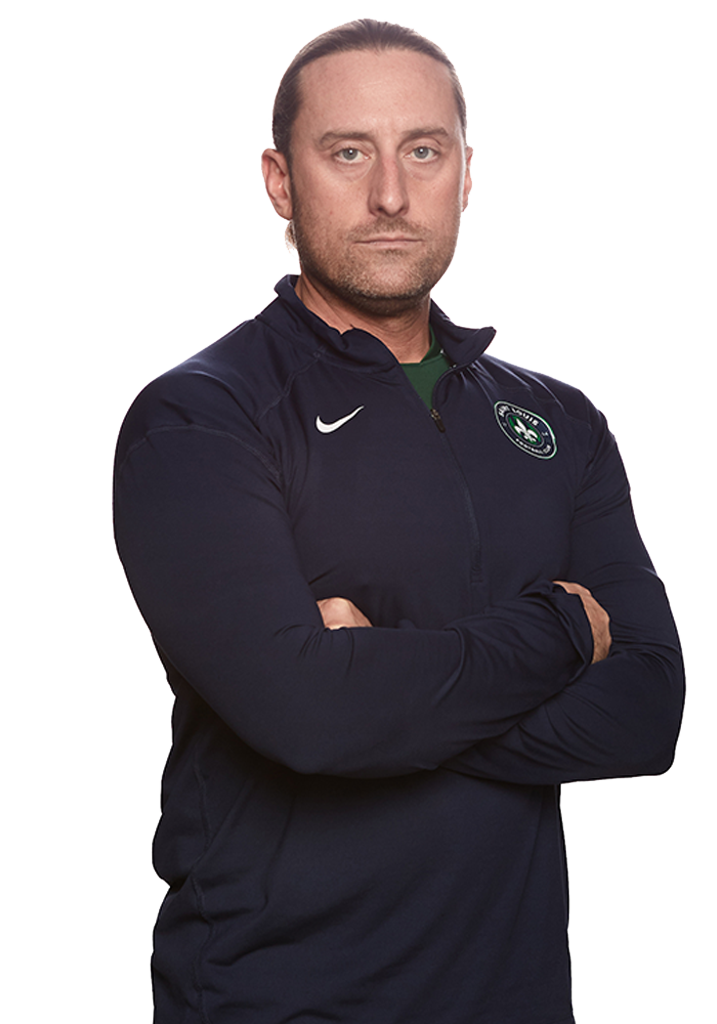 Steinmetz earned his Master’s Degree in Sport Psychology from the University of Tennessee while working with multiple teams in the NCAA Division I athletics program.  He coached at various levels including the US Youth Soccer National League and Midwest Regional League over a 17-year career before joining St. Louis Scott Gallagher in 2016.

Steinmetz holds a Bachelor of Science in Exercise Science, K-12 Physical Education and Health, and is a NSCA Certified Strength and Conditioning Specialist. 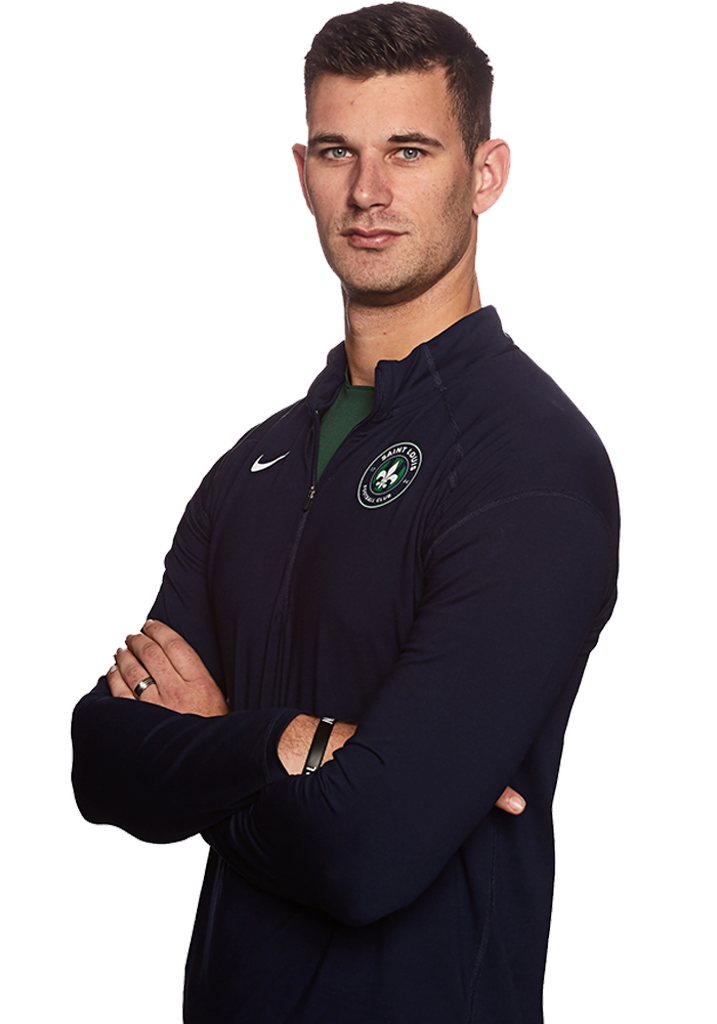 Jacob Tanner is an athletic trainer for Mercy Sports Medicine with his primary focus being Saint Louis Football Club.

Tanner was the head athletic trainer with the St. Louis Ambush of Major Arena Soccer League during the 2017-2018 season. During the off-season, he continued growing his orthopedic therapy skills in the Mercy Sports Medicine Therapy Clinic working with active individuals of all ages.

Tanner is a certified and licensed athletic trainer as well as certified in Functional Movement Screening for athletes. He received a Bachelor’s degree in Sports Medicine and Athletic Training from Missouri State University where he was a member of the athletic training student organization as well as the Fraternity of Phi Gamma Delta.

Tanner previously worked as a graduate assistant athletic trainer at Lindenwood University where he was the athletic trainer for their softball, football, and baseball teams while completing his masters degree in human performance. He has been a member of the National Athletic Trainer’s Association since 2010.